Yes, This is For Real 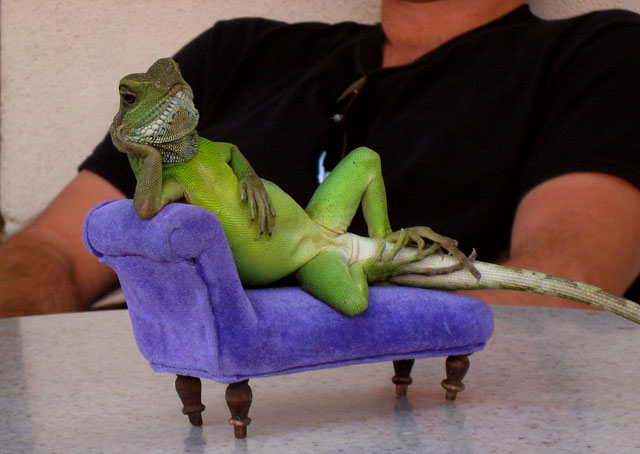 Tony, or by his Flickr name manmadepants, submitted this amazing photo to laist’s Featured Photos Pool. In his own words:

I swear on my life this is 100% real. I was walking down the street looking for stuff to photograph and this guy is just sitting outside a coffee shop with this 80 year old woman and he is taking these little sofa things out of a bag. Then he opens another compartment in the bag and there are about five lizards like this guy. Then he would pose them and they would just sit there like this. Don’t really know why. He didn’t really explain much but he did say they take about three months to train them to do this. I didn’t bother asking if he only trained his lizards to sit in relaxing human posses or if there were other ones too. The whole thing was just to oddly perfect, I really didn’t need him to go in to detail.

Also I like the surprising detailed craftsmanship of the sofa. Now I can say I’ve truly seen it all!