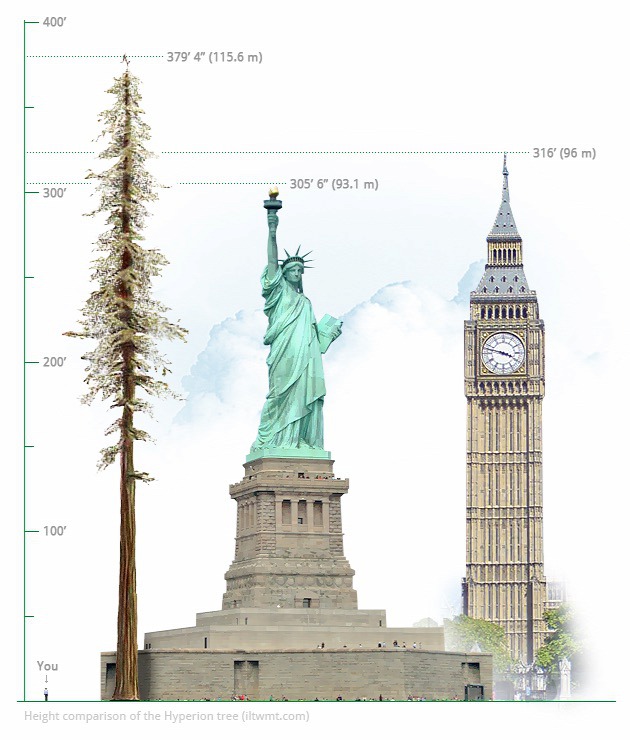 In 2006, Humboldt State University measured and verified that Hyperion – a 379.1 foot tall redwood tree – is truly the world’s tallest living tree. Hyperion was the largest of three redwoods discovered this summer, which eclipse the previous world record holder, a 370.5-foot tall redwood dubbed Stratosphere Giant, which you can see below.

Although several other trees have been recorded to be taller than this giant, most of them have fallen to mid/early 60’s heavy deforestation of the Redwood region. In fact more than 90% of state’s ancient forests have been logged during those times until 1978, when the area was purchased and extended into a National Park. People speculate that thousands of trees – some even larger and taller than the Hyperion – were cut down during the 24/7 logging shifts of 60’s and 70’s.

As with all of these rare trees, the exact location is held in secret and only 3 groups of people were ever able to find it and document it. Nevertheless, here is a video about climbing the World’s Tallest Tree.