Wonders of New York in the 50’s 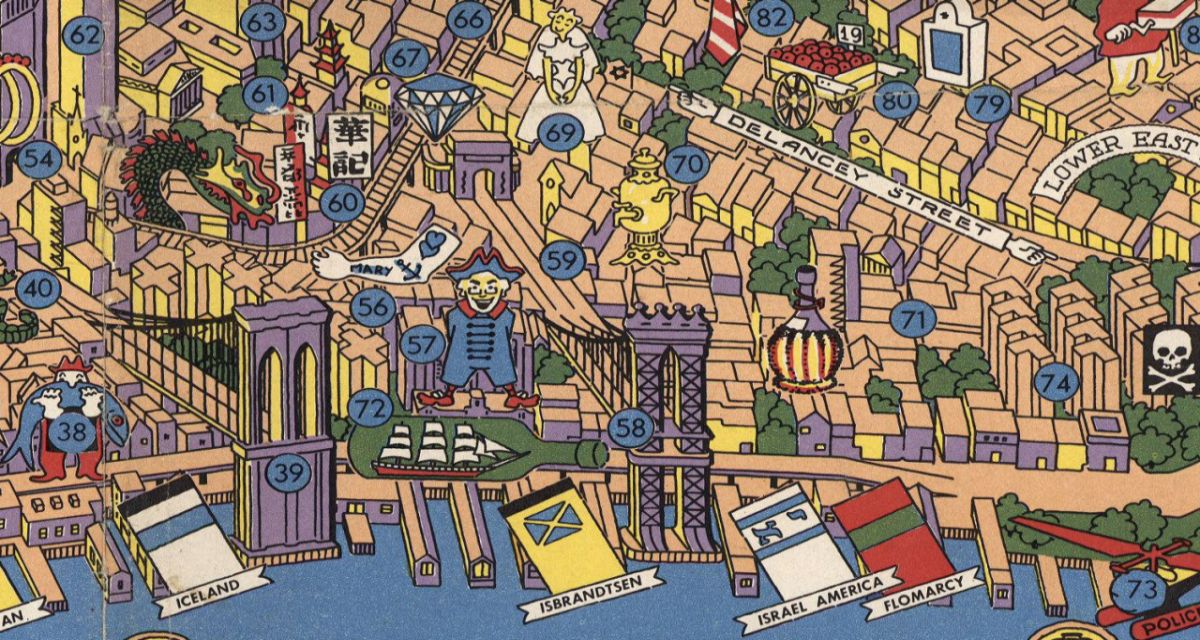 The amazing zoomable map below titled “Wonders of New York” was created by graphic designer Nils Hansell sometime in the 1950’s. It is full of tips for out-of-towners, with over 300 detailed illustrations of the popular “wonders” of the era. As put by Curbed New York:

“It covers virtually every pier, rail line (subway and elevated), tunnel, and bridge, plus neighborhoods and ethnic enclaves from “9. The old Syrian quarter” in Lower Manhattan, all the way up to “296. Yorkville lederhose & bierstube” on the Upper East Side. Suggested sights range from the familiar (“241. Remarkable Rockettes in the Music Hall”), to the forgotten (“106. Rhinelander Gardens are New York’s New Orleans”), to the downright baffling (“68. 8-ft Bowery-Mose carried keg of beer for thirst”).