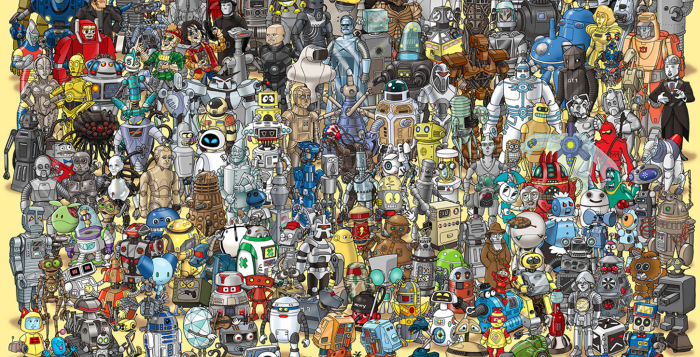 Can you find WALL•E among all the robots Hollywood has ever produced? How about naming the other robots? This simple little game (followed by the other versions below) comes from designer Richard Sargent, and Hopewell Studios have published the solution with the names of all the robots – just in case you lose hope. (Click images to enlarge) 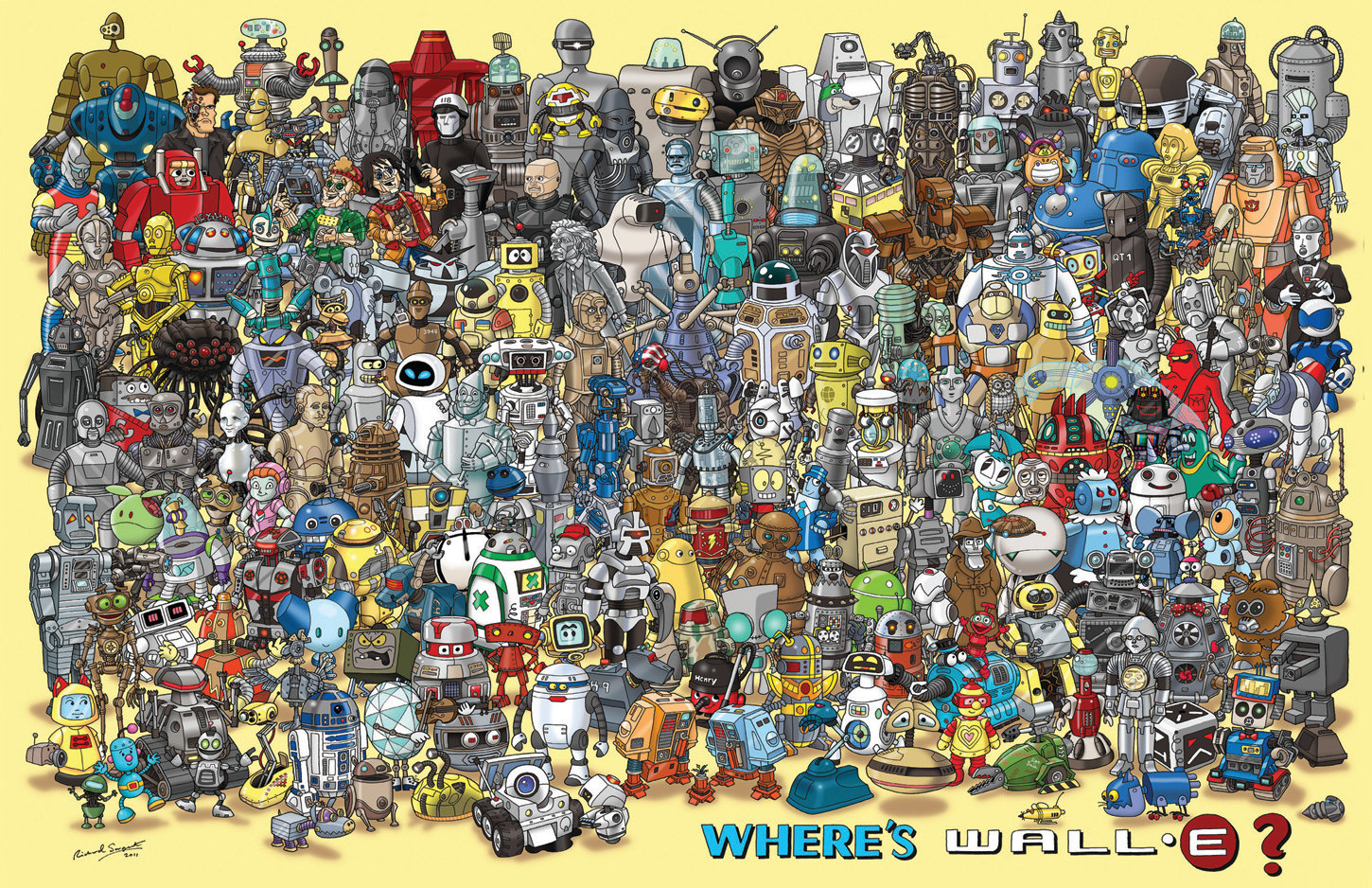 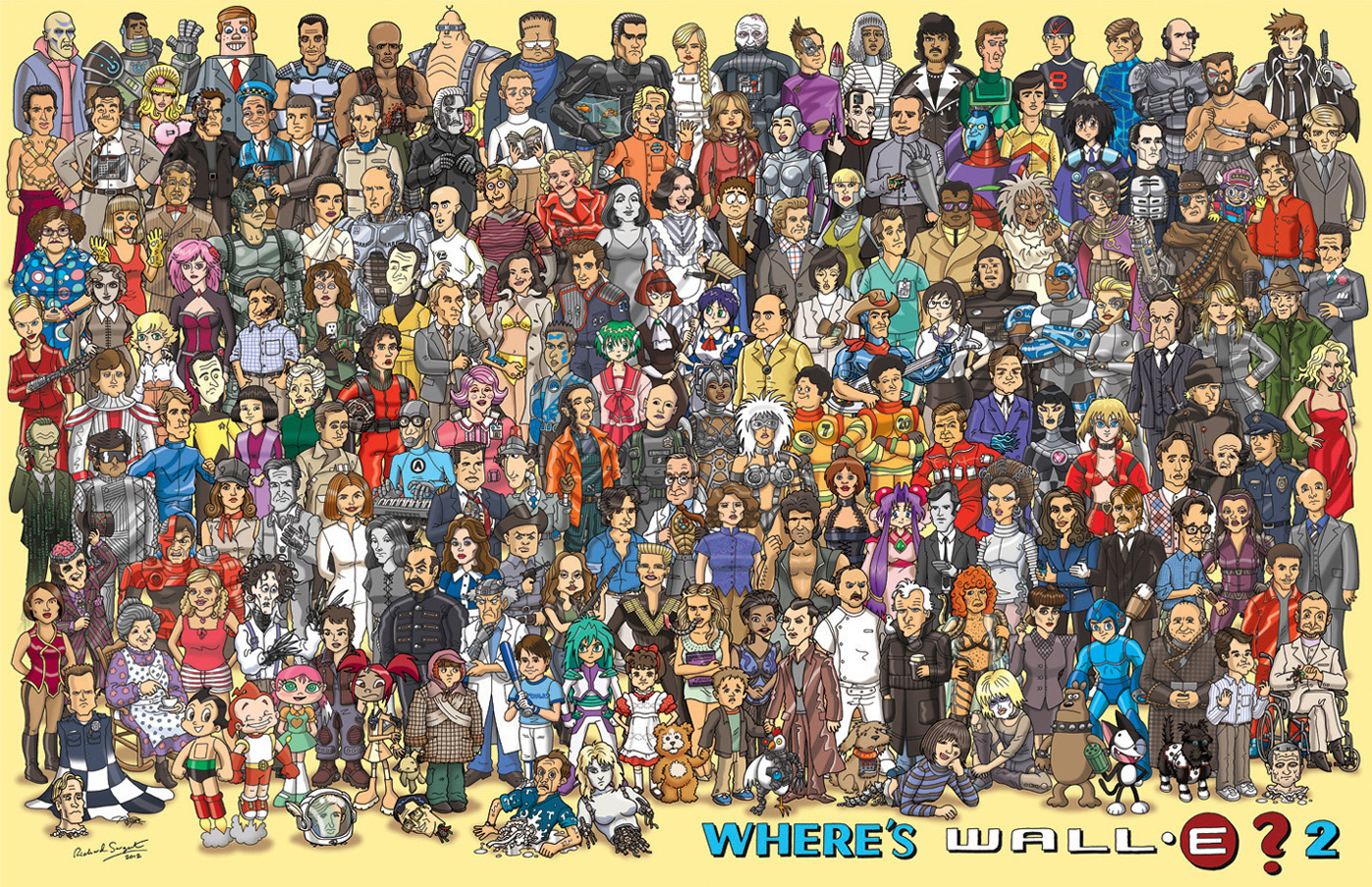 And he also created a version in celebration of Doctor Who’s 50th Anniversary. So where’s K-9? 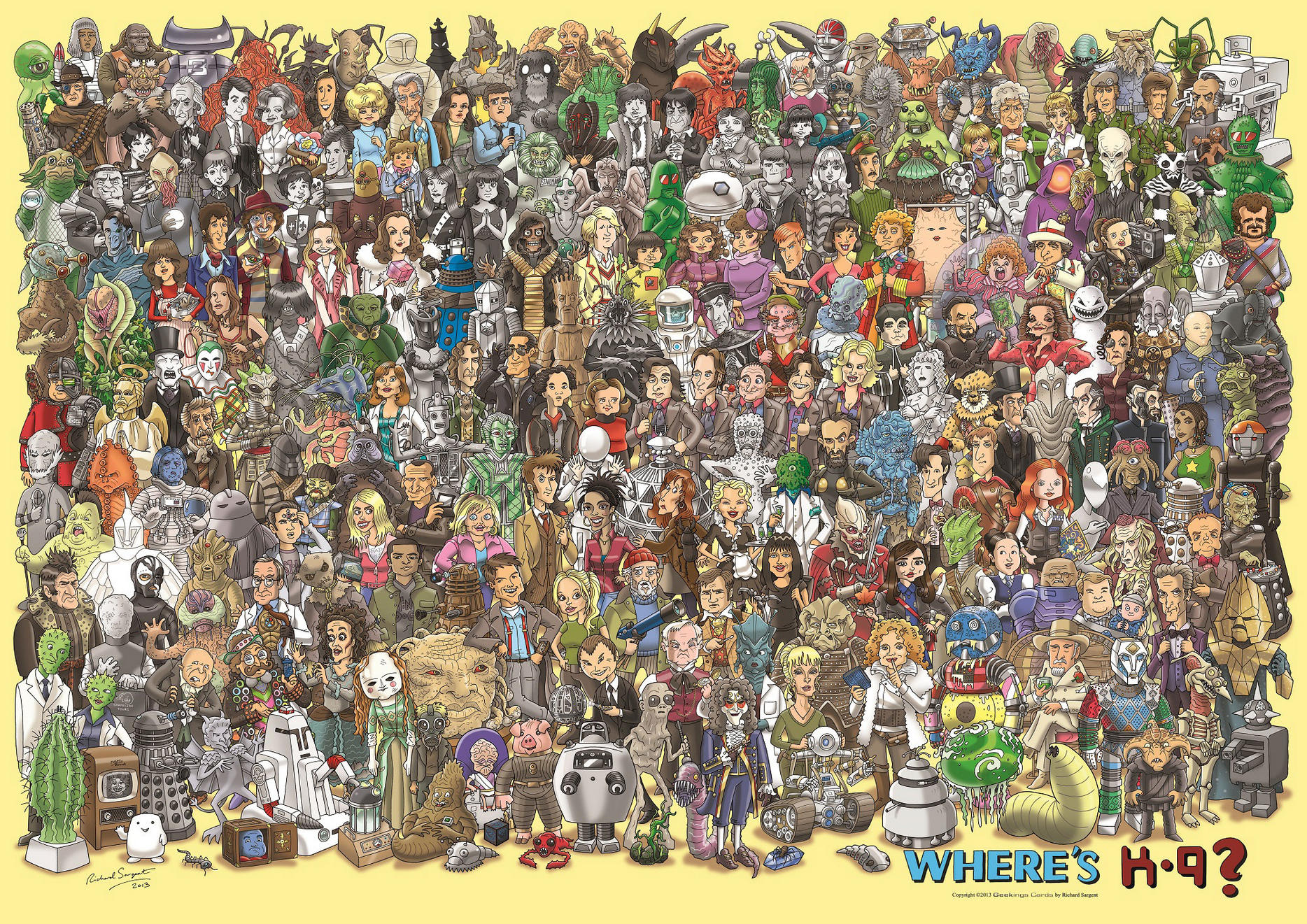