Was Jesus a Dwarf?

Our last post in the trinity: apparently, there are assumptions of this sort too (check below image): 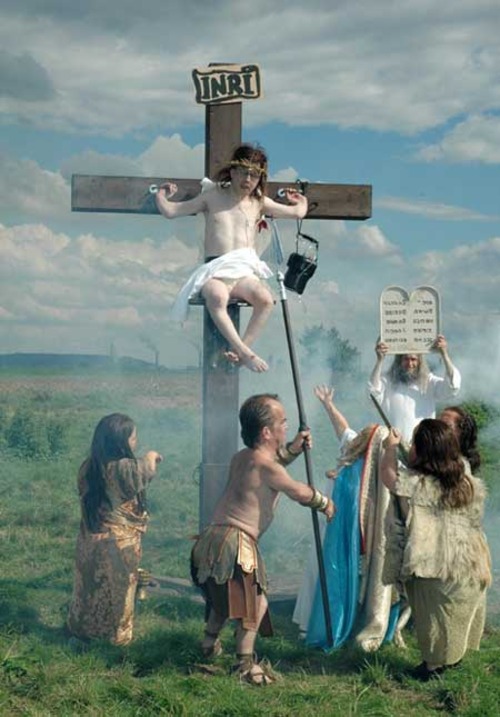 According to the Holy Prepuce, we know from a variety of sources that Jesus was small in stature; this in a time when the average male measured 5’1” and weighed 110 pounds.

The Gospel of Luke (19:3) describes Zaccheus’ attempt to see Jesus while he preached in a crowd: “And he sought to see Jesus who he was; and he could not for the crowd, because he was low of stature.” Luke may be referring to Zaccheus rather than Jesus, but the idea that Jesus was slight can be seen again in the Acts of John v. 90: “…I was afraid and cried out, and he, turning about, appeared as a man of small stature…”

The Qur’an records Jesus’s diminutive size in the story of the the night that the prophet Muhammad flies to Jerusalem on a winged horse to visit the prophets Abraham, Moses and Jesus; Jesus was the smaller of the three.