The Shortest Route for the Longest Pub Crawl: Visit All UK Pubs in One Go 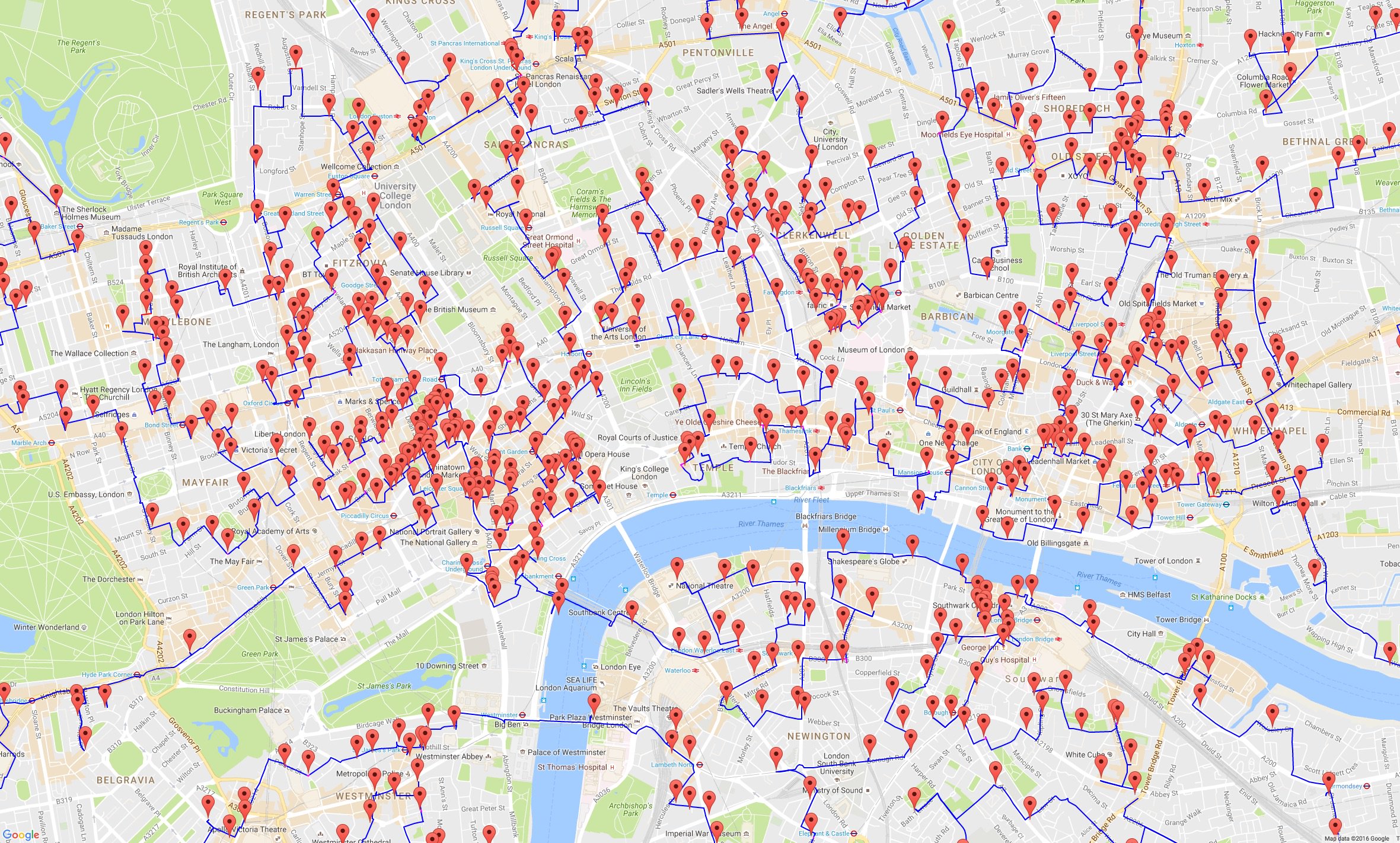 It took 2 years to calculate the shortest route between all the 24,725  pubs in the UK, but it would take at least 3 years to complete it, even if you drink only one pint of beer in each waterhole. That is one massive pub crawl, from the Bells But & Ben in Yell to the Witchball in The Lizard – the northernmost and southernmost pubs in Britain, respectively.

The problem Professor Cook of the University of Waterloo in Canada was trying to solve is known as The Travelling Salesman Problem (TSP), the logistics of working out the shortest possible routes for salesmen covering a large patch in the US. But the UK pub poser had at least 100 times more stops than any previous TSP that had been worked out. Hence, it is not surprising that the resulting optimal walking tour that stops at all 24,727 pubs and still gets you home safe (if very exhausted and slightly tipsy) is 45,495.2 km (28,269.4 mi) long. This line drawing conveys the route of the tour: 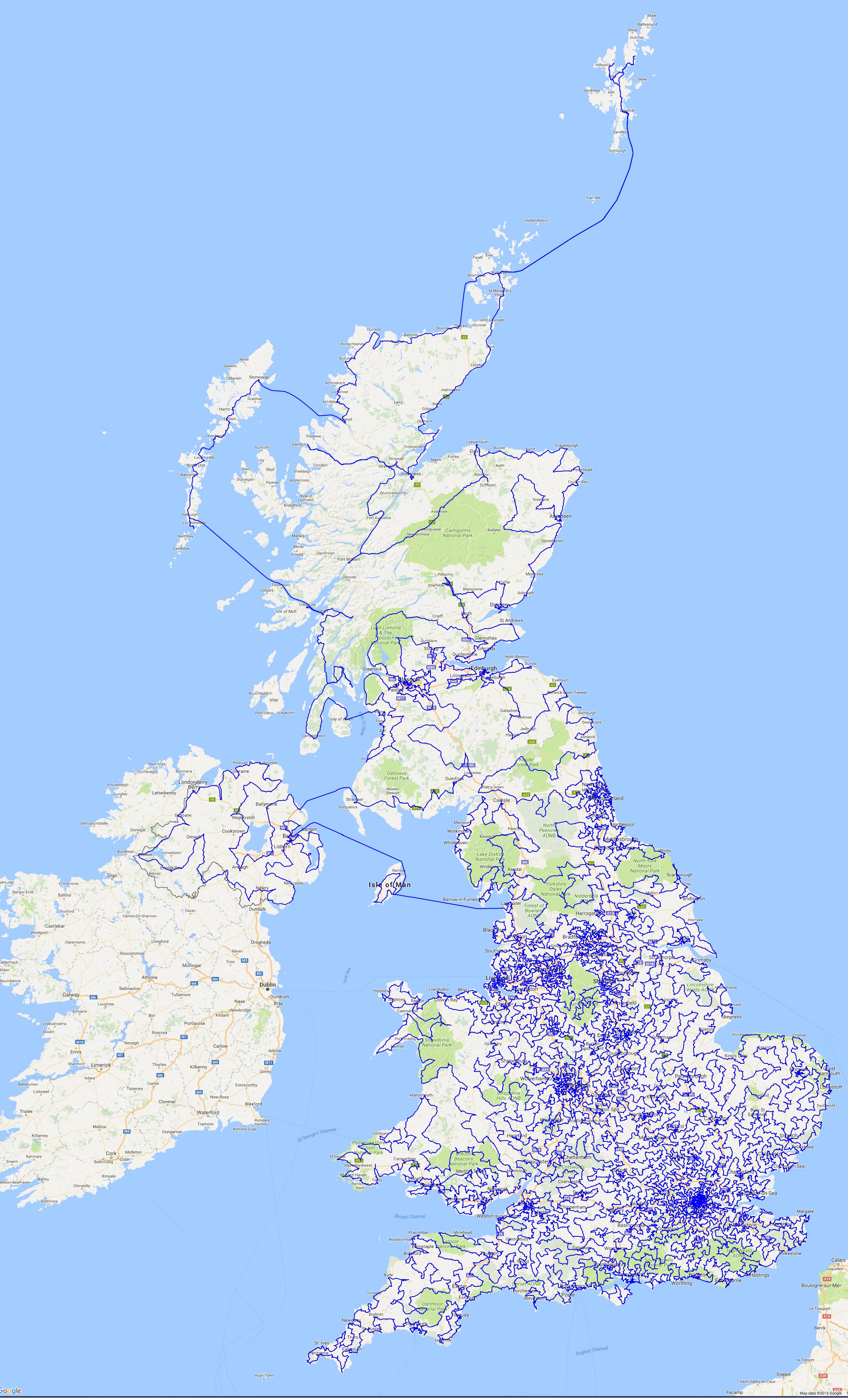 The map doesn’t only solve a mathematical problem – it also has an obvious practical use, for planning your next pub crawl. If you have 3 years to spare, you can attempt the entire route, but if you don’t, zooming in on certain parts of the map can definitely help you plan your next pub crawl.

Find the entire map here. Warning: loads slowly! For more information on the UK pub crawl, and other road-TSP projects covering 120 German cities, 50 U.S. landmarks and others, see the TSP page at the University of Waterloo’s Mathematics Faculty.