The Real Meaning of Hangover

I guess all of us humanoids know the meaning of the word ‘hangover’, don’t we? Anyway, I’ve just come across this on your social media earthlings, and was curious to find out whether it could be true. 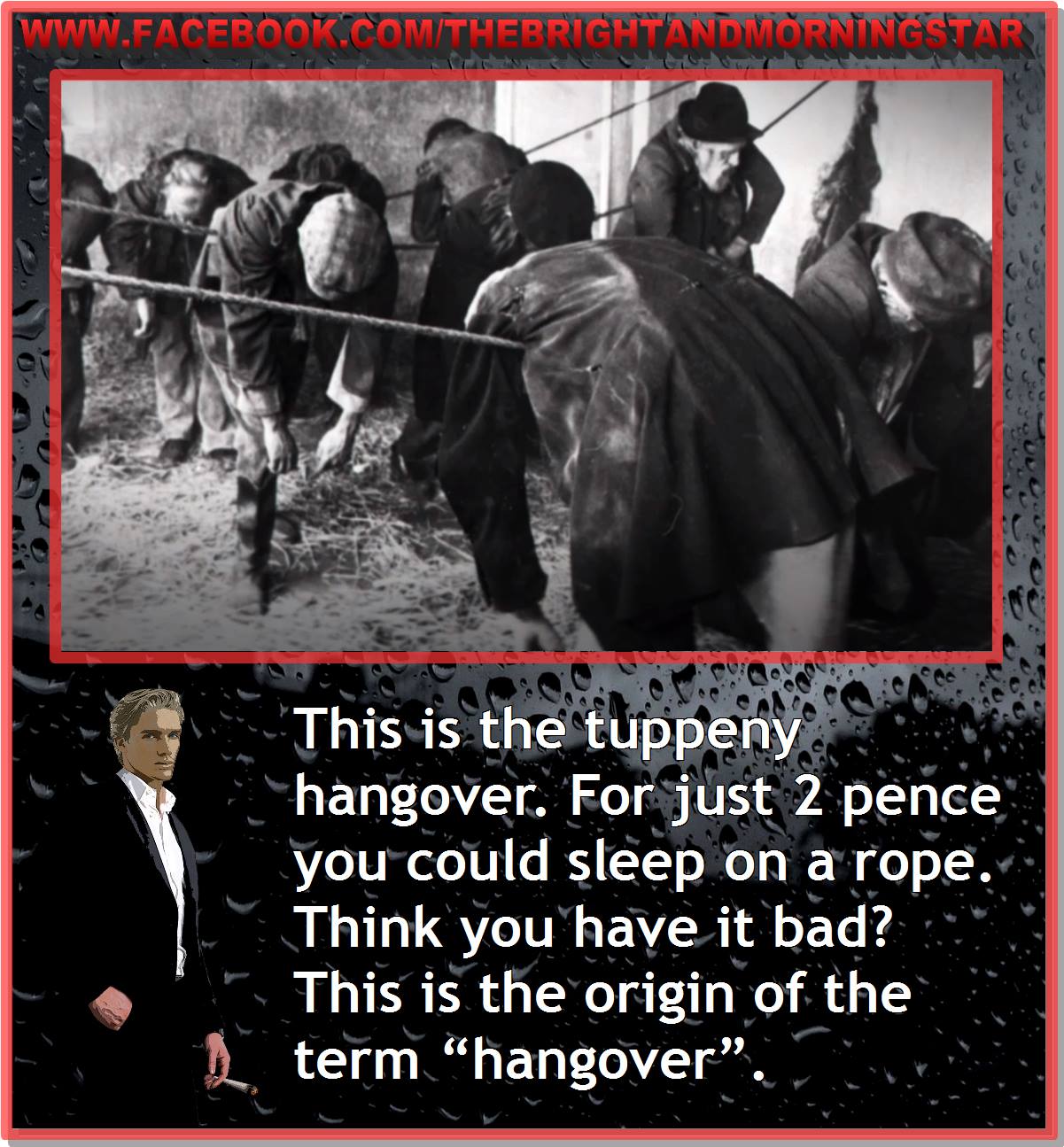 Well, apparently, there was once a sleeping system like that indeed. The rooms were not heated and the person running the place unhooked the rope and kicked everyone out a 6am. Almost every morning some old timer would not get up, dead and frozen. The principal reference for such an establishment is George Orwell’s Down and Out in Paris and London of 1933:

“At the Twopenny Hangover, the lodgers sit in a row on a bench; there is a rope in front of them, and they lean on this as though leaning over a fence. A man, humorously called the valet, cuts the rope at five in the morning. I have never been there myself, but Bozo had been there often. I asked him whether anyone could possibly sleep in such an attitude, and he said that it was more comfortable than it sounded — at any rate, better than bare floor.”

It is also mentioned in a work from a century earlier, The Magic Skin by Honoré de Balzac: “We … made it a point of honour to find out whether you were roosting in a tree in the Champs-Elysées, or in one of those philanthropic abodes where the beggars sleep on a twopenny rope.”

The connection sounds pretty convincing, and Orwell actually uses the word hangover to describe the method. However, the historical evidence for the term shows that it comes from the idea of something that remains or is left over – a remainder or survival or after-effect – of being drunk, and not of a person literally being hung over anything.

The same story has also been suggested as the supposed origin of to be able to sleep on a clothesline, meaning to be so utterly tired one could sleep anywhere. There might be an association here, though it’s impossible to be sure.

Here’s a photograph that is claimed to be of an American institution from the same period. We have no means of verifying its authenticity. 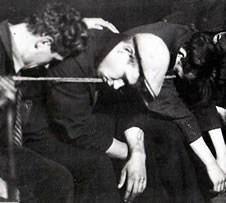