This funny image with two of the famous Easter Island statues sitting with their body and folded arms under the ground is not as far from reality as one might think. 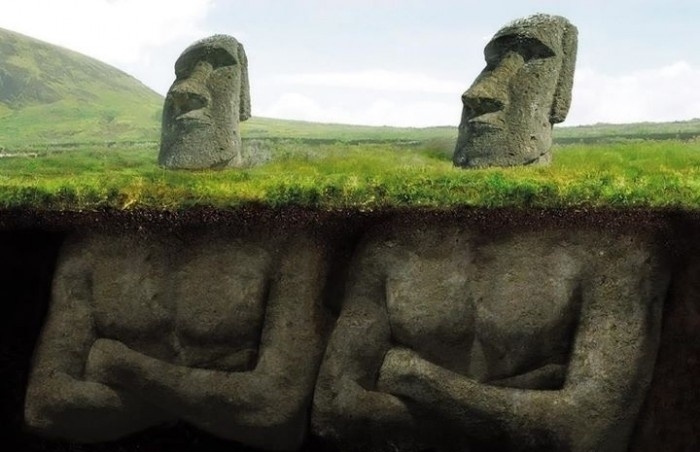 We all have seen the iconic images of the Easter Island heads – at least on photos and videos. Yet, not many of us know that those heads actually have hidden bodies buried underneath the earth.

According to Van Tilburg, a researcher at the Cotsen Institute of Archaeology at the University of California, Los Angeles, “The reason people think they are [only] heads is there are about 150 statues buried up to the shoulders on the slope of a volcano, and these are the most famous, most beautiful and most photographed of all the Easter Island statues. This suggested to people who had not seen photos of [other unearthed statues on the island] that they are heads only.”

A team of archaeologists at UCLA developed the Easter Island Statue Project to better study and preserve the statues of the Rapa Nui, the people who carved these figures between 1,100 and 1,500 CE from stone found on their islands situated in the South Pacific. Through this work, the team excavated several of the heads to reveal the underlying torso and body.

The heads had been covered by successive mass transport deposits on the island that buried the statues lower part. These events enveloped the statues and gradually buried them to their heads as the islands naturally weathered and eroded through the centuries.

A total of almost 1,000 statues on the small Pacific Island have been documented and studied in the framework of the project which spanned 9 years. The team determined, as far it was possible, the meaning, function and history of each individual statue. 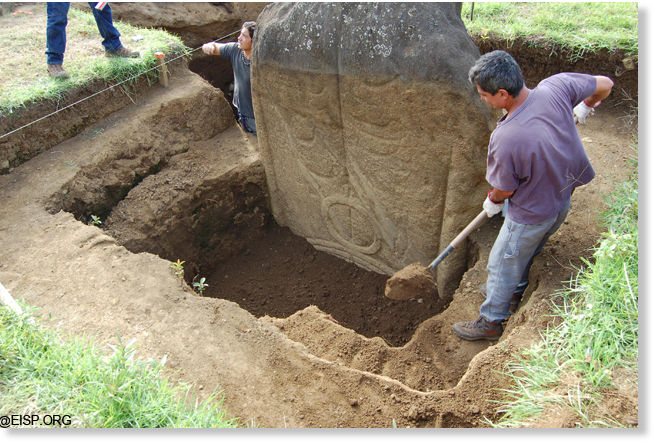 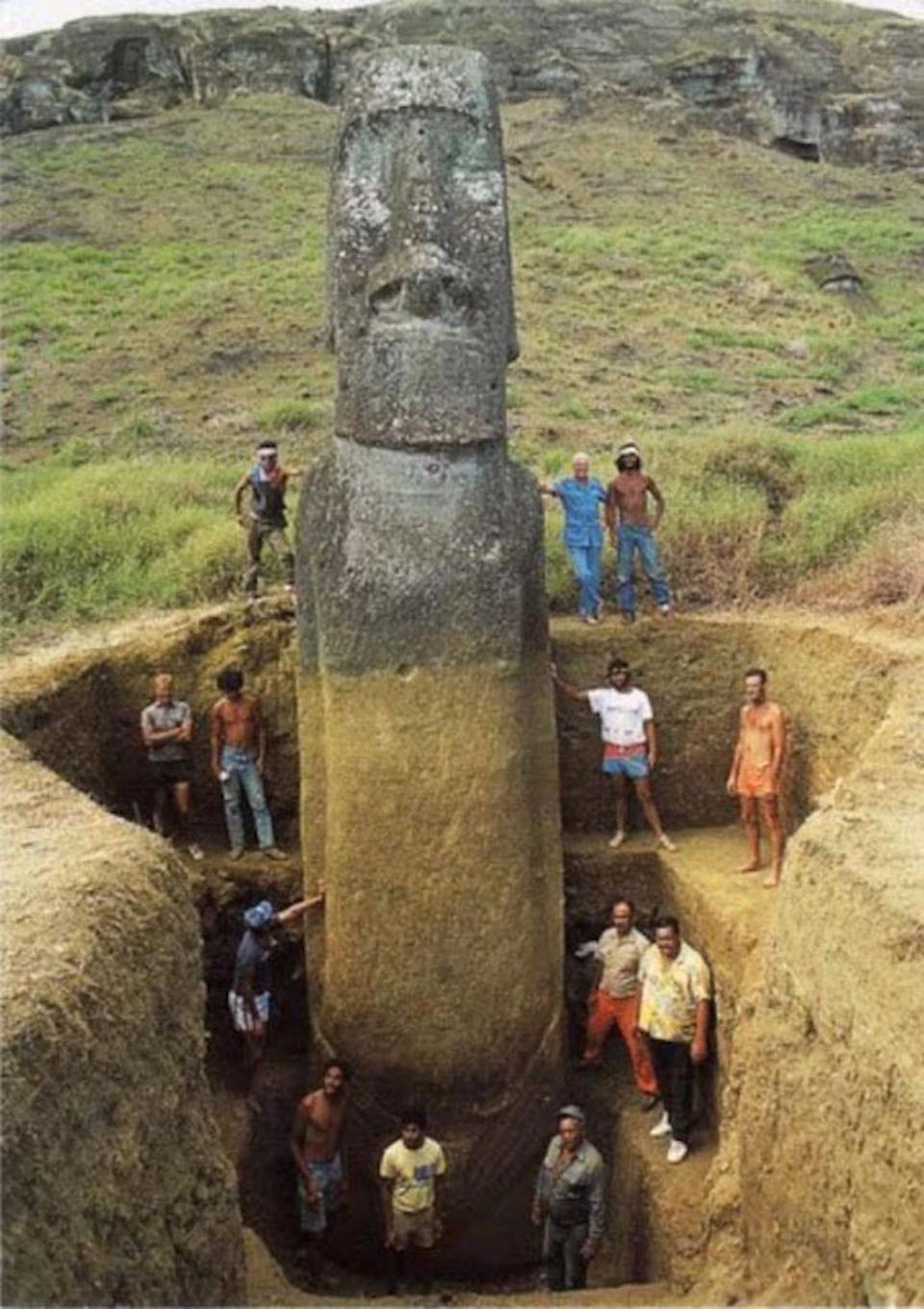 They found etched petroglyphs on the backs of the figures, commonly crescent shaped to represent Polynesian canoes. The canoe motif is likely the symbol of the carver’s family, providing clues as to different familial or group structures on the island. 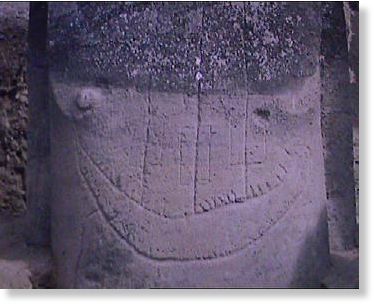 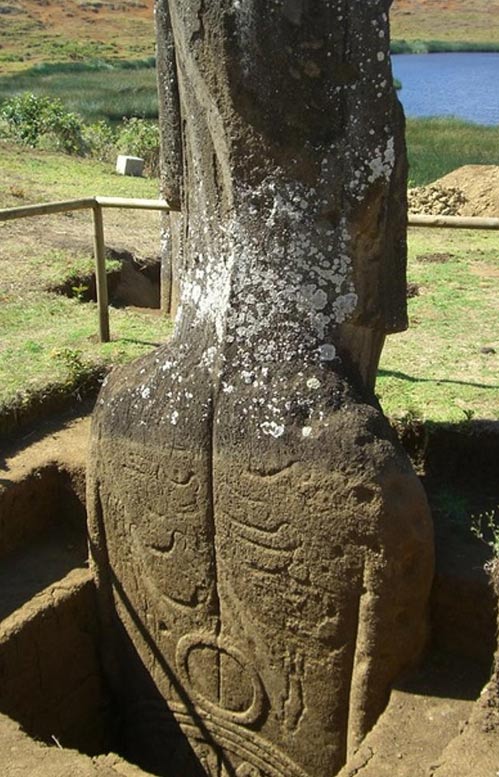