The Art of the Tape Jockey: Djing and Scratching with Tapes 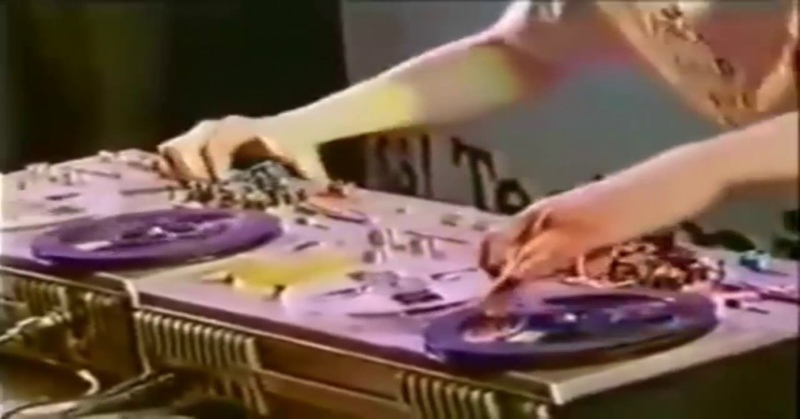 The video below features Mr Tape Djing with tapes at DMC World 1991. Wow, what a legendary performance! The Soviet Union “tape-jockey” duo from Latvia featuring Pasaules and jeb Modris Skaistkalns was known as Mr Tape. According to Amoeba Music, both guys loved techno house and hip-hop music with a passion, just like the concept of DJing (spinning & mixing beats, scratching, and beat-juggling etc.). The only problem was that, due to the market restrictions of their communist homeland, they had absolutely no access to the 3 main components that you needed for being a DJ in 1991:  Technics 1200 turntables, records, and a mixer. Most would give up at that point but not them. Instead in an inspired DJ McGyver like move they got two reel to reel tape decks, recorded songs onto individual reel-to-reels, and manually tweaked the tape machines to do some extra tricks: including building in a cross fader, and then then tapping their finger tips on the tape heads to get effects normally achieved on turntables and a mixer. Respect.