The 11 Nations of the US

A book by award-winning author Colin Woodard identifies 11 separate nations with entirely distinct cultures that have historically divided the US (see their descriptions below the map). 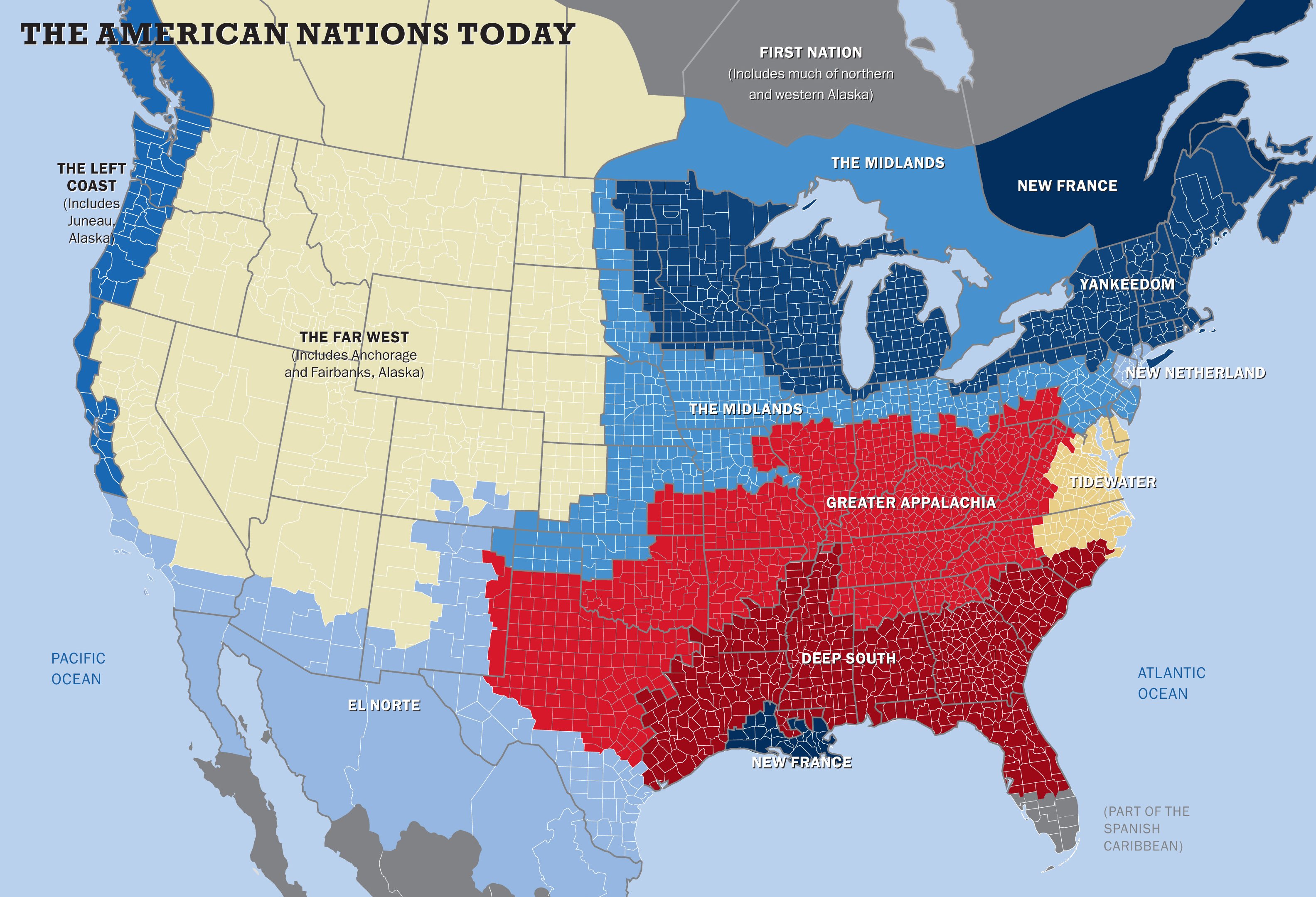 According to Woodard, Yankeedom and the Deep South exert the most influence among these 11 nations and are constantly competing with each other for the hearts and minds of the other nations.

“We are trapped in brinkmanship because there is not a lot of wiggle room between Yankee and Southern Culture,” Woodard says. “Those two nations would never see eye to eye on anything besides an external threat.”

He also believes the US is likely to become more polarized, even though it is becoming a more diverse place every day. He says this is because people are “self-sorting.”