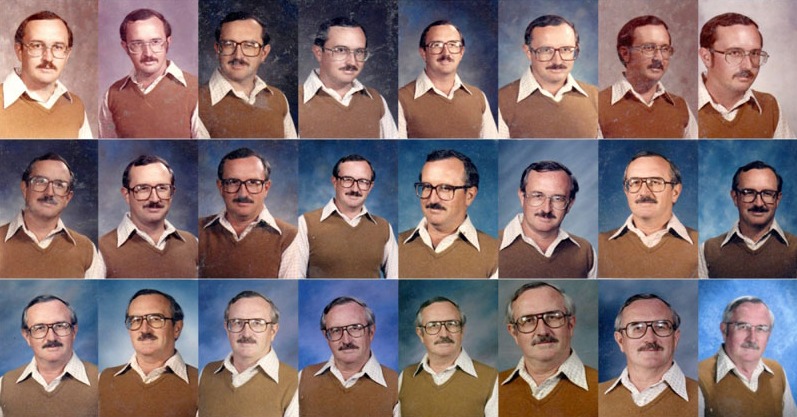 After a teaching career that spanned 40 years (1973-2012), Dale Irby, 63, has left behind a legacy of yearbook photos in which he is wearing the exact same outfit year after year. I guess we all have had a teacher like that at one point in our lives, who wore the exact same thing year after year. According to my experience, they mostly teach maths or physics. Anyway, the case of Irby is different. As he puts it:

“I was so embarrassed when I got the school pictures back that second year and realized I had worn the very same thing as the first year,” said Dale, 63. But his wife, Cathy, dared him to do it a third year. Then Dale thought five would be funny. “After five pictures,” he said, “it was like: ‘Why stop?'”

And so he continued, and here is what it all added up to: 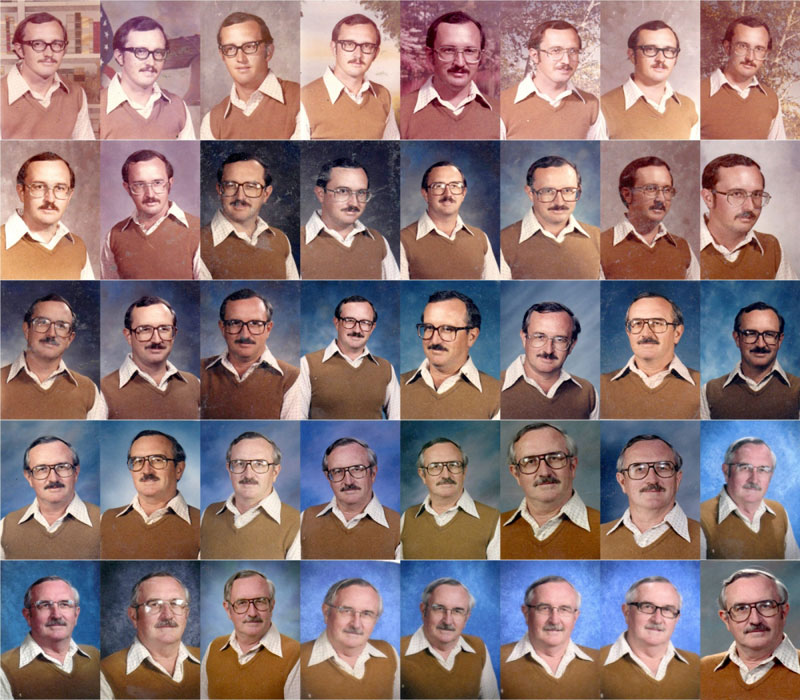