Taking a Screenshot Was a Bit More Complicated in 1983

Ufonaut Steam Vortex has called my attention to the fact that people were taking screenshots as soon as in 1983 – when it proved to be a much more complicated task than it is today. 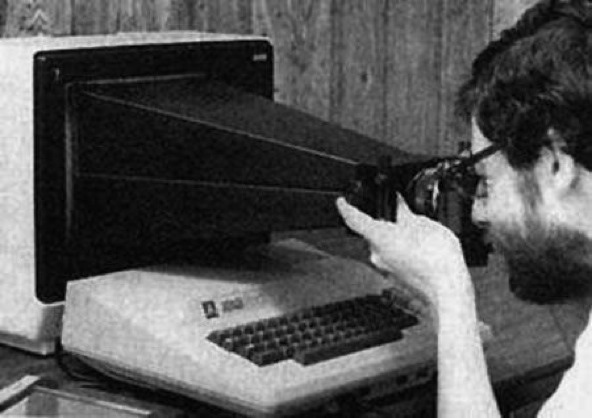 According to commenters on reddit, in those days that was how most people saved the pictures for publication they created on computers. ‘My professor told me it costed him a fortune in polaroid for his thesis because of technique’, says one of the comments. A third commenter notes:

My parents did this for preparing slides. We’d bust out powerpoint (early versions) on the color CRT, turn off all the home lights (at night). Then carefully position the camera in front of the monitor, frame it and then take photographs. One person would wind the reel forward and the other would work the computer. Then a week later, the studio would frame then in slide frames and they would go into the opaque boxes to protect them from sun-light. Then you could project them and test them. The early 1990s in India was fun!