Sirens of the Lambs 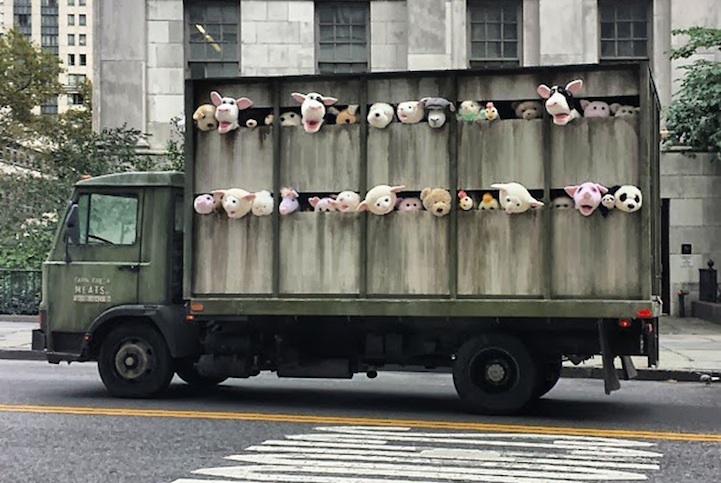 Banksy, our favorite British street artist takes over a slaughterhouse delivery truck in New York that is carrying 60 stuffed animals, which can also be heard squealing and banging  themselves against the sides of the “Farm Fresh Meats Inc” truck.

According to Banksy’s audio guide: “The truck contains over 60 cuddly soft toys on the road to a swift death. However, in order to bring them to life, four professional puppeteers are required, strapped into bucket seats, dressed entirely in black lycra, pulling on an array of levers with each limb and given only one toilet break a day – proving that the only sentient beings held in lower esteem than livestock are mime artists.”

Sirens of the Lambs started touring the Meatpacking District on October 11, 2013 and was roaming the streets of New York for two weeks. Watch the video below the pictures to see the reaction of shocked New Yorkers (including a poor baby at the end). 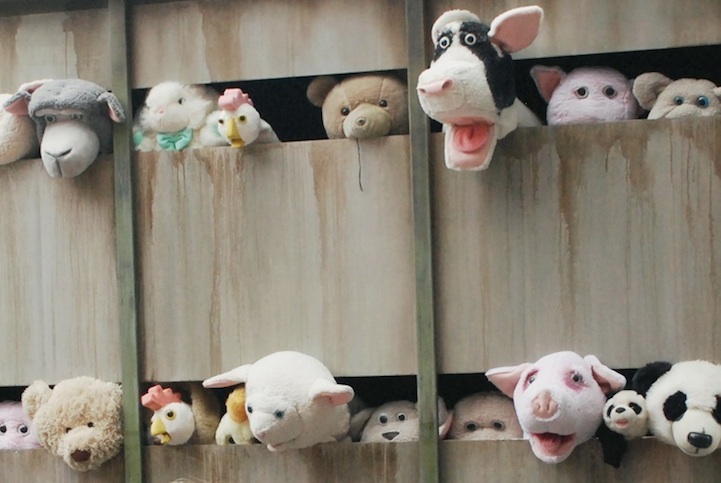 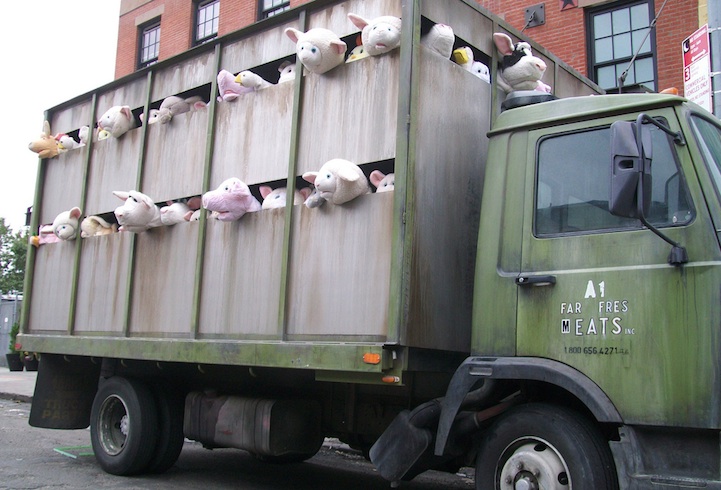 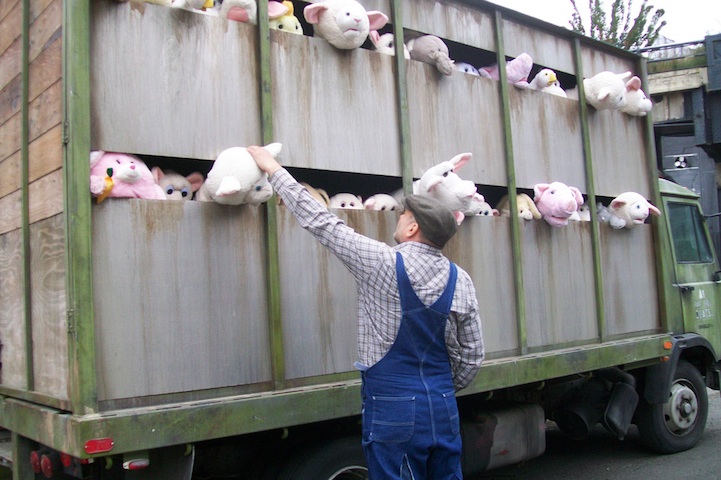 Via My Modern Met