Did you know that America has some special oil reserves but we should’t be too happy about them? Well, those yellow dots on the below map are the locations of some 20,000 known shipwrecks off the coast of America, mapped by the National Oceanic & Atmospheric Administration as part of their Remediation of Underwater Legacy Environmental Threats (RULET) project. Many of the dots are older sailing ships or coal-fired vessels, which do not pose a great threat to the ocean above. Others, however, are oil tankers that were torpedoed by the Nazis during World War II. 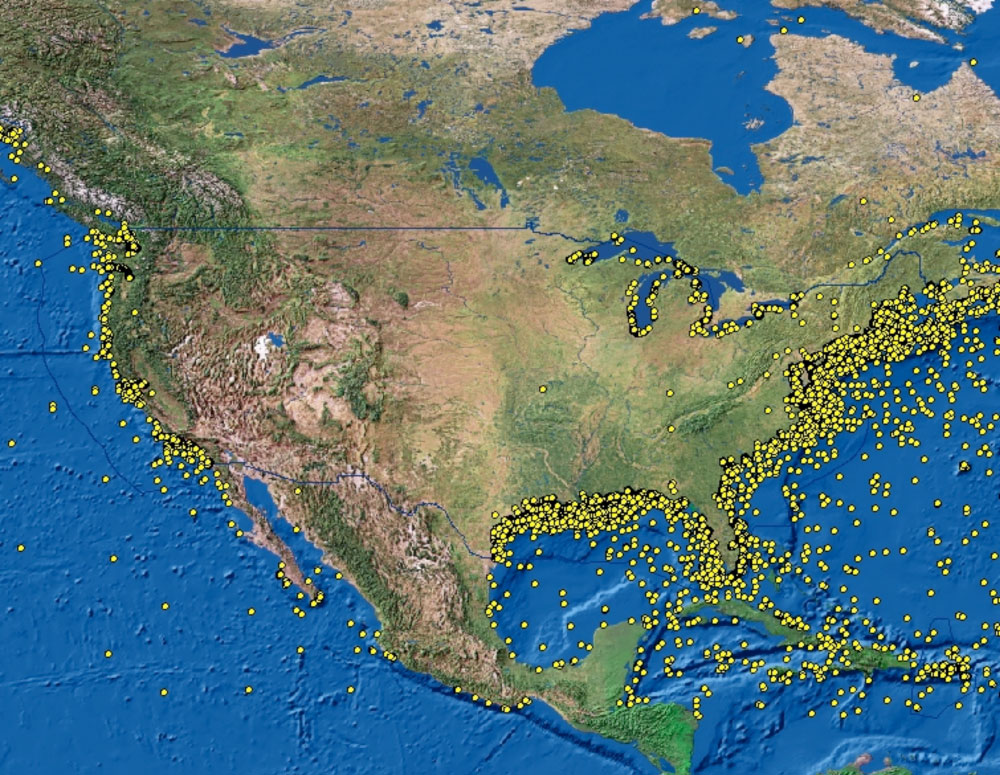 Now those tankers, as well as some other non-wartime wrecks with large volumes of oil, are a serious problem. It’s only a question of time before corrosion starts to release thousands of tons of oil from those ships into the ocean. Some 87 wrecks have been added to a national risk assessment report (see map below), with 36 of them deemed “high priority for a Worst Case Discharge.” If these ships start to leak, that could bring about the next oil related catastrophe after the Deepwater Horizon disaster. 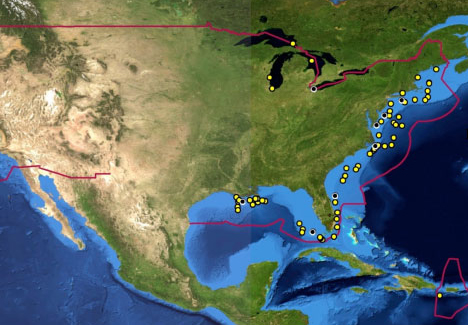