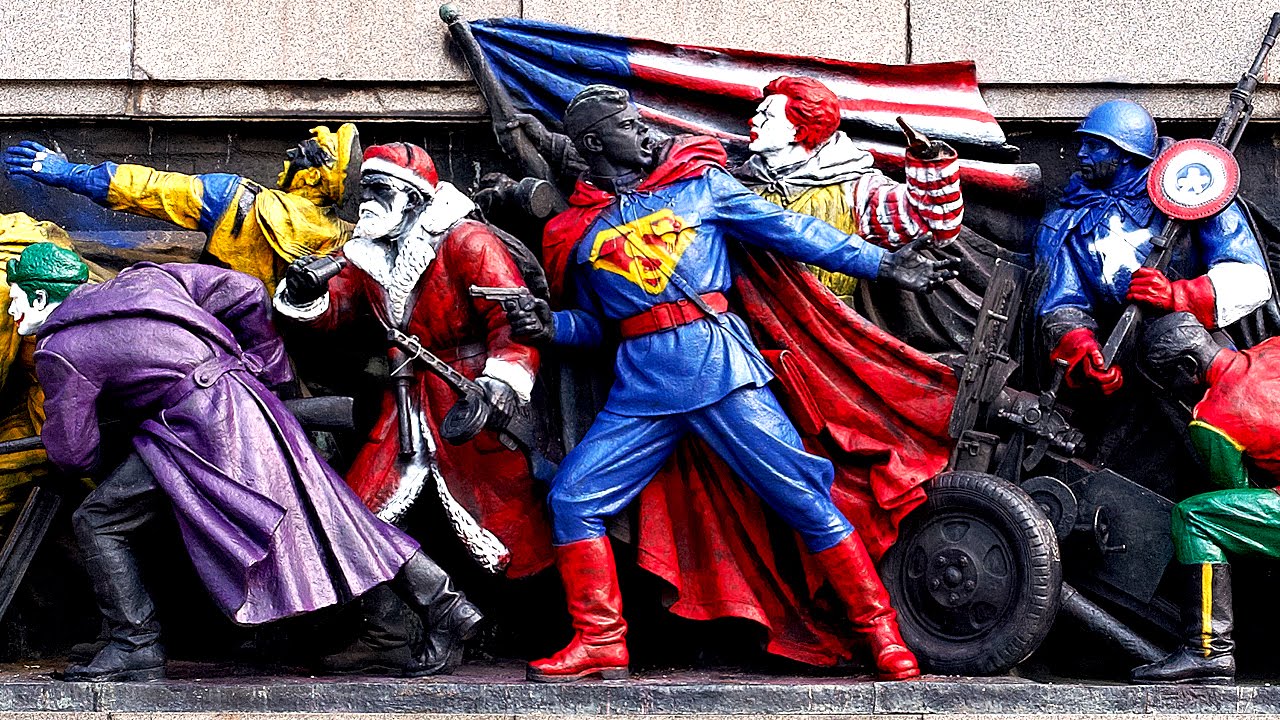 According to a report by the Moscow Times, pranksters in Bulgaria are repainting Soviet-era monuments so that Soviet military heroes look like American Superheroes. Needless to say, the Russians are not too happy about it:

Russia is demanding that Bulgaria try harder to prevent vandalism of Soviet monuments, after yet another monument to Soviet troops in Sofia was spray-painted, ITAR-Tass reported.

The Russian Embassy in Bulgaria has issued a note demanding that its former Soviet-era ally clean up the monument in Sofia’s Lozenets district, identify and punish those responsible, and take “exhaustive measures” to prevent similar attacks in the future, the news agency reported Monday.

The monument was sprayed with red paint on the eve of the Bulgarian Socialist Party’s celebration of its 123rd anniversary, the Sofia-based Novinite news agency reported. 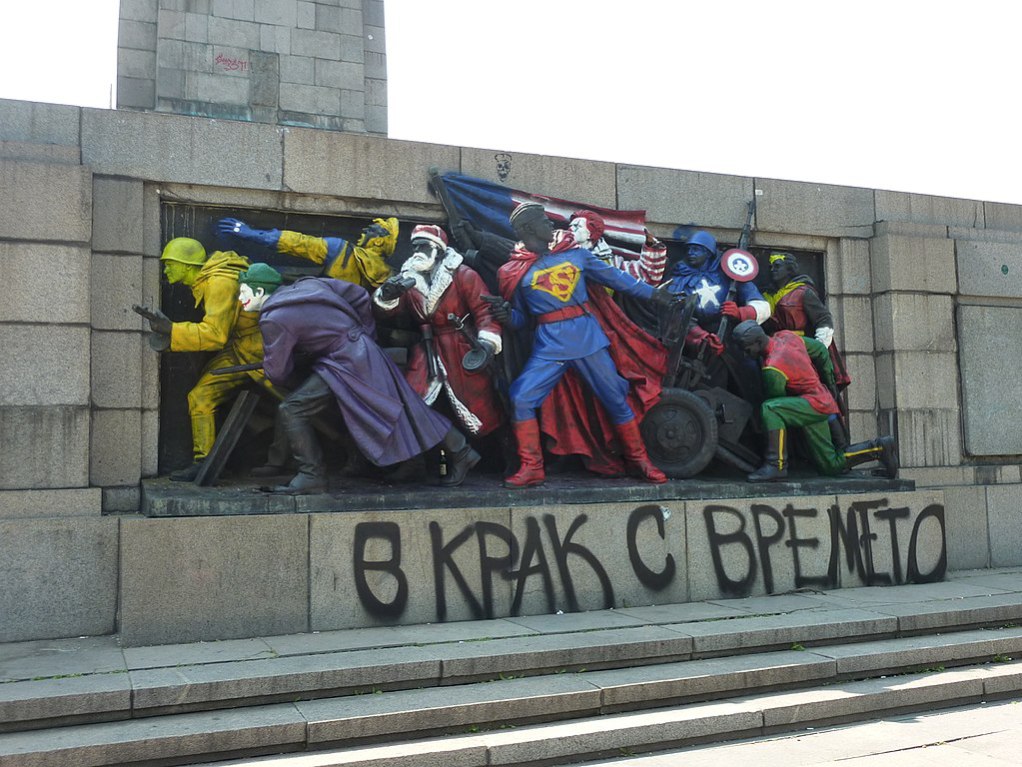