Could the correlation there be so pronounced? Or is it just covariance? These maps are from Clarity Campaign Labs but that’s all we know about them really. According to some commenters on Reddit, where we came across this comparison, “the data is probably right but to correlate the two is stupid. College attendance at the state levels (where firearm laws are mostly decided) correlates to wealth and gun ownership negatively correlates to wealth (lower income states have higher gun ownership per person.)” What do you think? Does it all have to do with wealth? Or the urban/rural divide? Or is it something else? 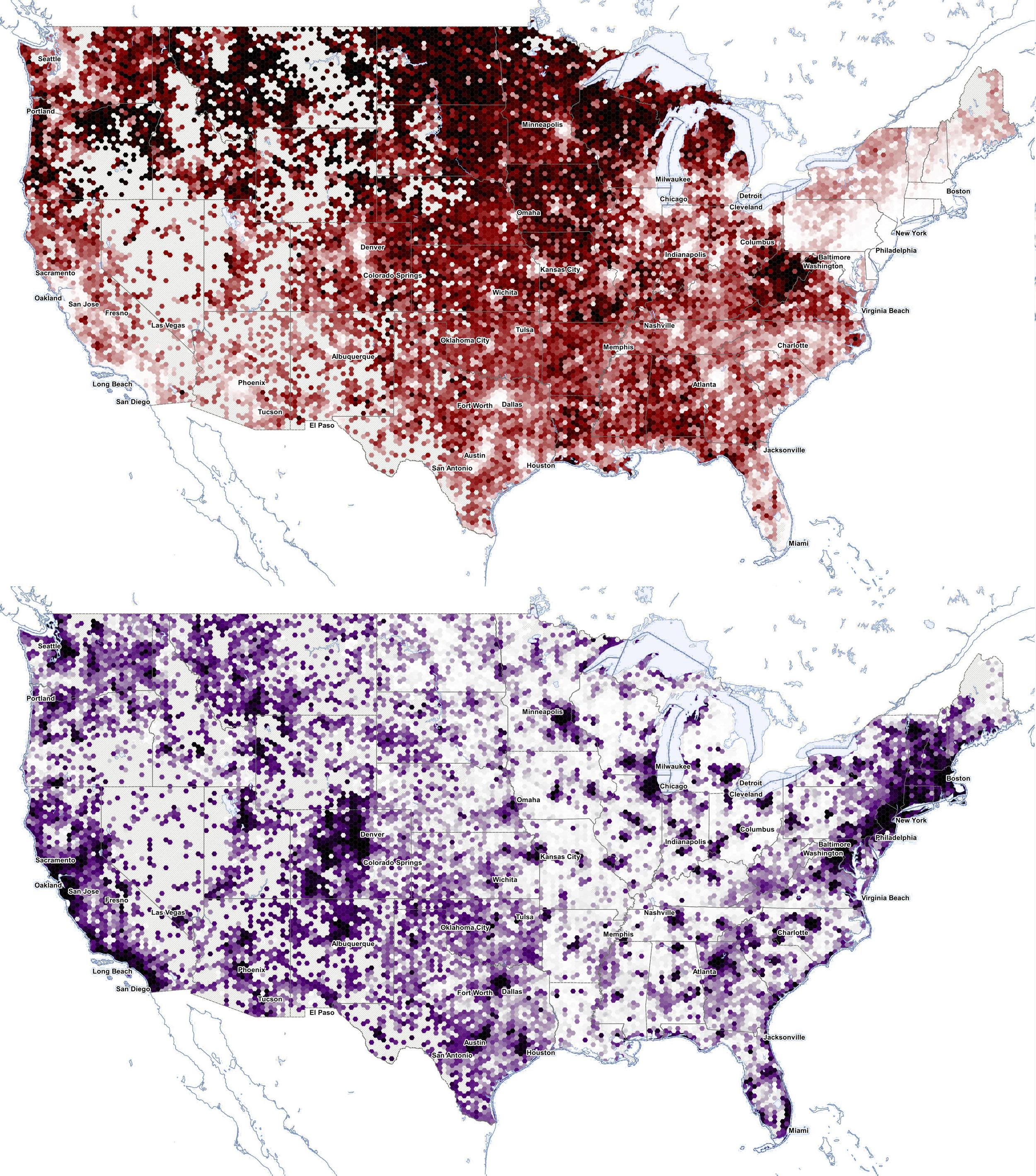