“East Coast, West Coast…” Who would have thought that The Controversy is 93 million years old? 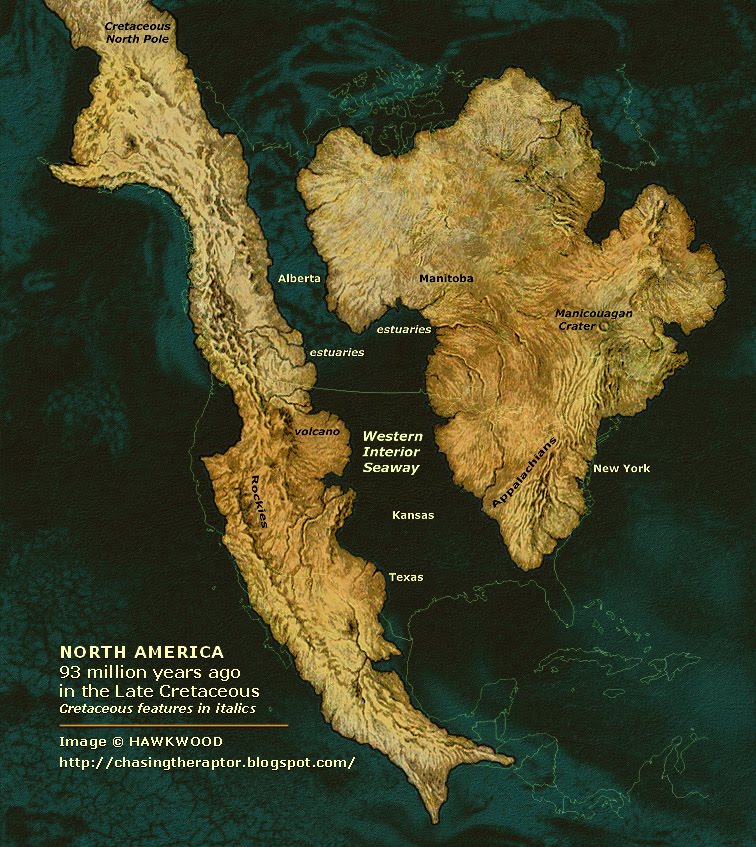 “It must have been one of the most dinosaur-intense environments in the world. During the last several million years of the Cretaceous, a shallow sea divided the eastern and western sides of the North American continent, with the western side stretching from the ice-free North Pole – then centered on land that is now northwest Alaska – all the way down to present-day Central America.”