Finally, my dear old Millennium Falcon has been found exactly where I crashed into Earth. 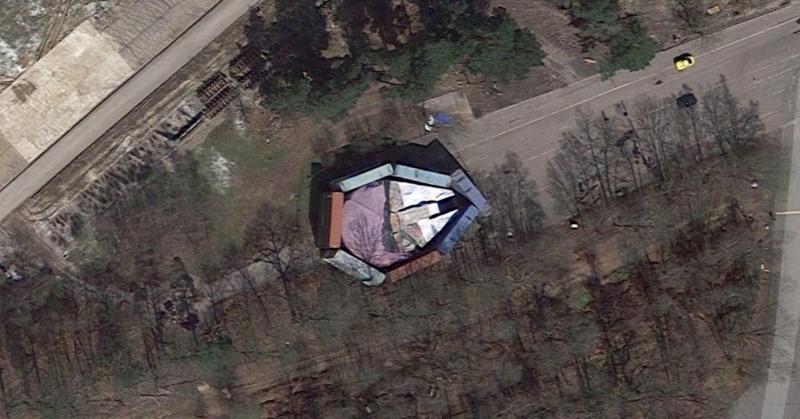 Apparently, ‘Star Wars’ bosses have hidden the legendary Millennium Falcon in a woods not so far, far away from London town – just where I hit Earth back in the day. It currently sits on the edge of the site of Longcross Studios in Chertsey, a town 27 miles southwest of London.

According to them it’s a prop that first appeared in “Star Wars” in 1977, and is blocked in by shipping containers and covered in plastic sheets for protection.

So yes, the bosses there have tried to hide the ship, despite it being just yards away from Barrow Hills Golf Club. But that was to no avail, as eagle-eyed Jedi fans have spotted my old spaceship on Google Maps, where it is clear to see from a bird’s-eye view. So here you go: