A map of Vesuvius showing the streams of lava from eruptions between 1681 and 1881 (click to enlarge). 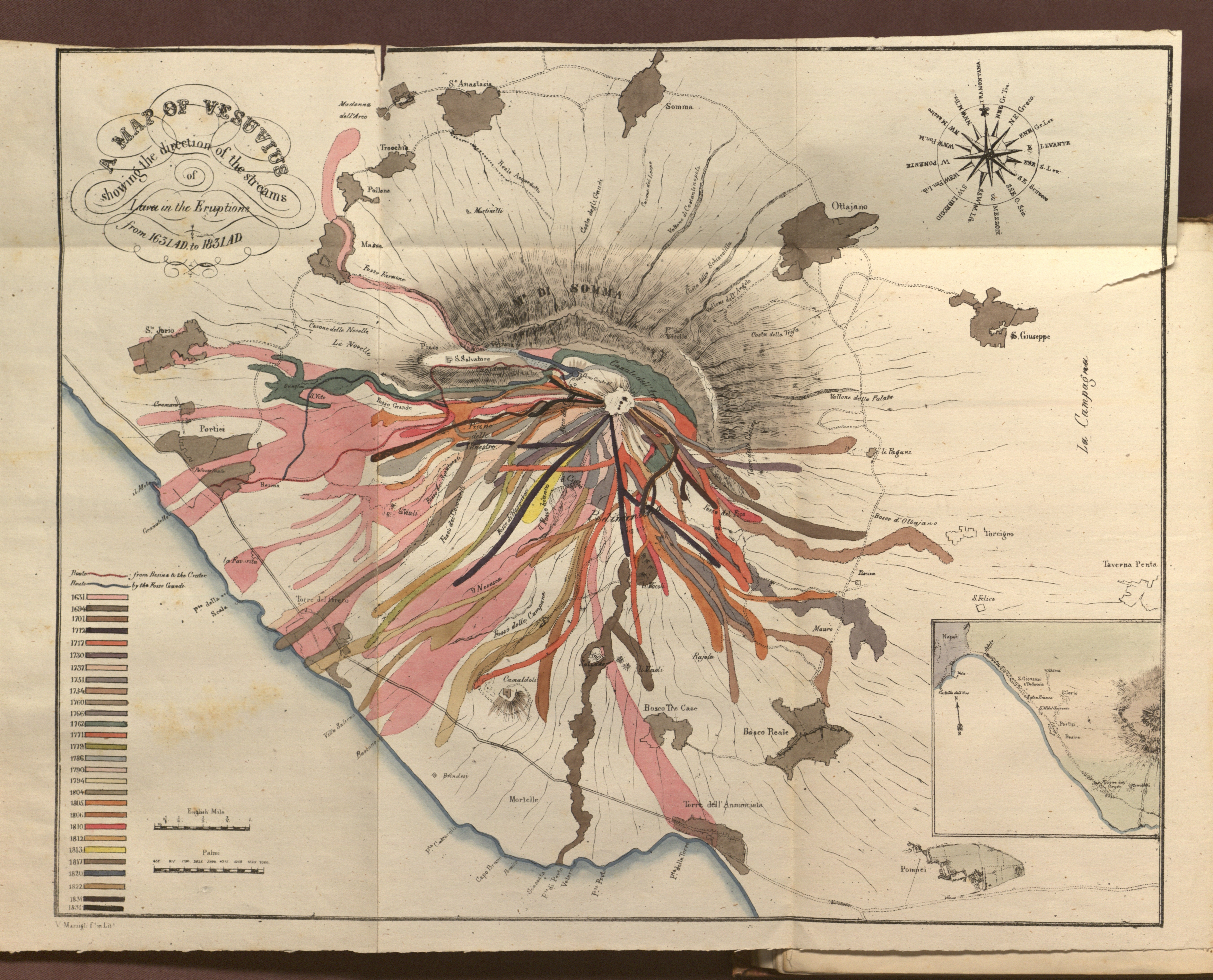 Vesuvius is the only volcano in mainland Europe to have erupted within the last hundred years. It is best known for its AD 79 eruption that led to the burying and destruction of the Roman cities of Pompeii and Herculaneum, as well as several other settlements. Today, it is regarded as one of the most dangerous volcanoes in the world because of the population of 3,000,000 people living nearby (including in the City of Naples) and its tendency towards violent, explosive eruptions of the Plinian type.