Land Grabbing in Africa – A New Way of Colonization

Apparently, the silent recolonisation of Africa is happening on a mass scale. This time (or once again) it’s done by foreign inverstors. 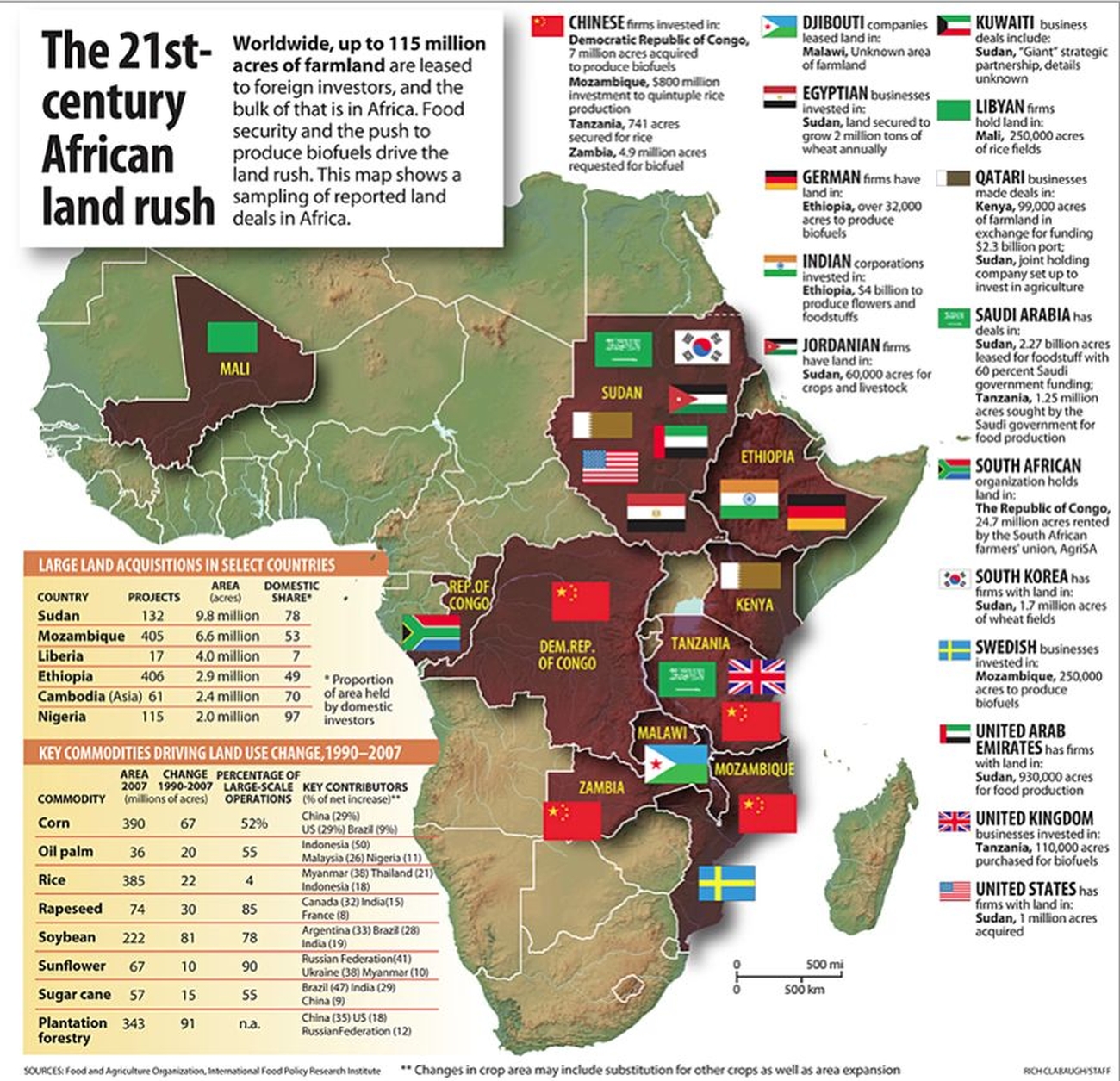 As put so well by thisisafrica.me:

One of the reasons South Africa’s apartheid system is said not to have vanished with the swearing in of Nelson Mandela as President is the question of land. The colonial system was complete in places where land ownership was taken away from the colonised, and decolonisation remains incomplete if the land does not return to its rightful owners, those who were brutally and slyly dispossessed.

Tragically, a silent recolonisation on a mass scale is happening through further dispossession in areas where the original colonisation had not been complete. The new colonisation is dressed in the language of economic development and fighting poverty but its interest is the satisfaction of the needs of multinational companies for markets and land to grow food for export – to satisfy the food needs of their primary market while depriving Africans the satisfaction of their needs.

Here’s a more detailed by infographic guide by the New Internationalist to investors, target lands and crops grown. 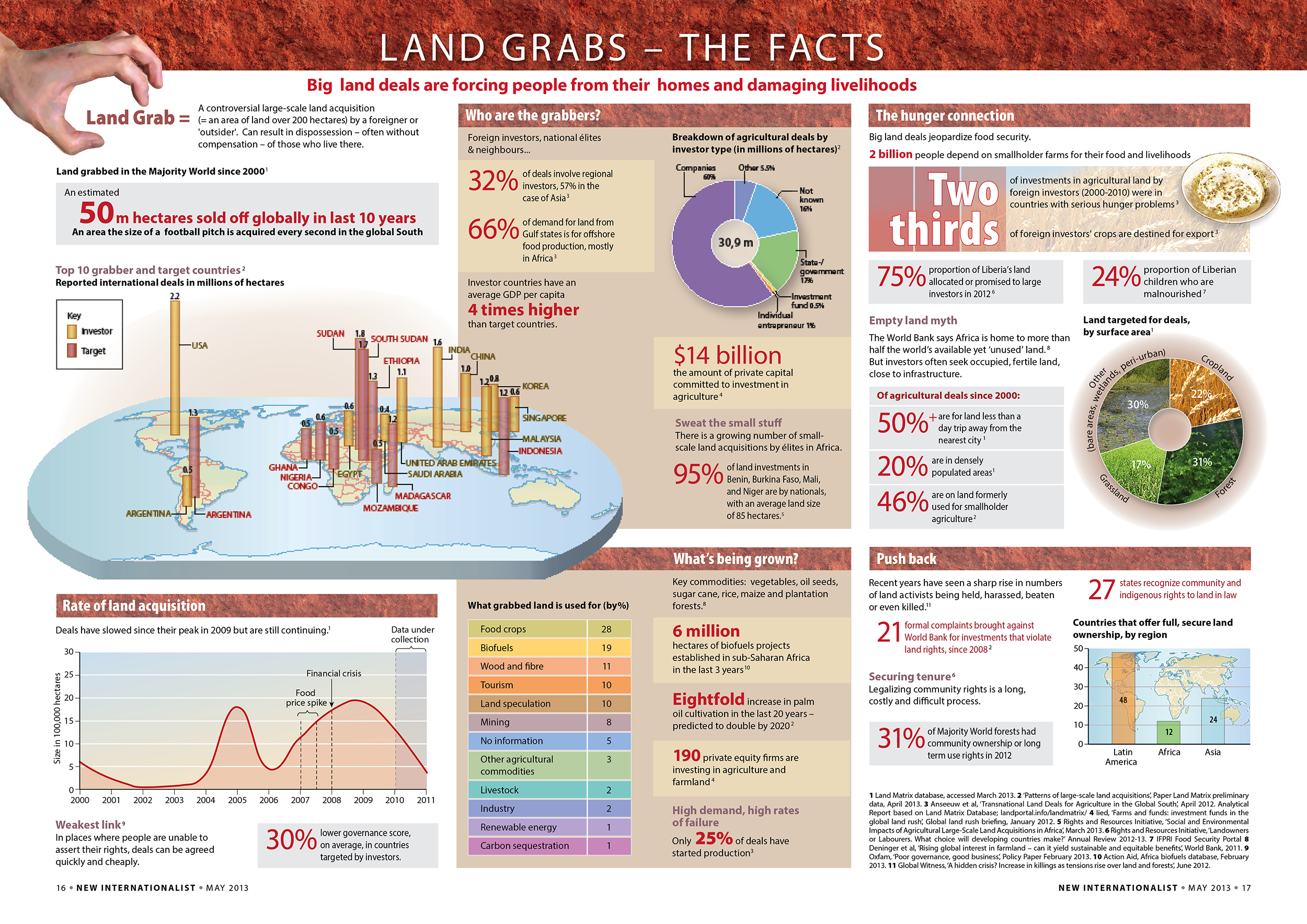