I stumbled upon this vintage ad on Pinterest and wanted clarification on a number of points.

Squeezing the Internet for more juice revealed that: 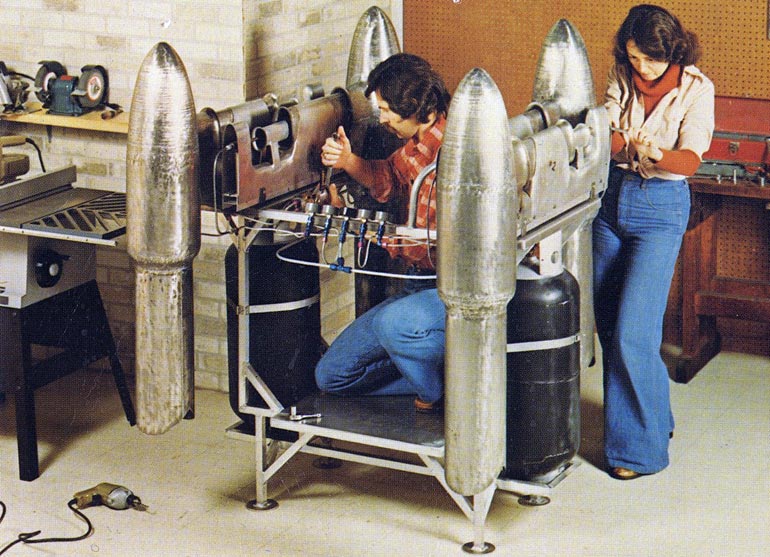 Here he is depicted taking a cruise in his Space Ranger: 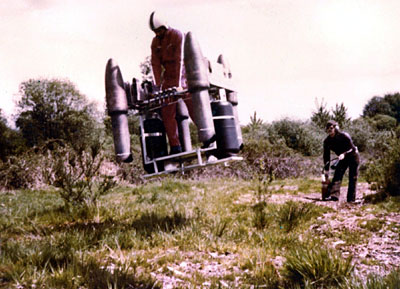 And here’s where the power comes from: Eugene Gluhareff with his G8-2 Jet engine: 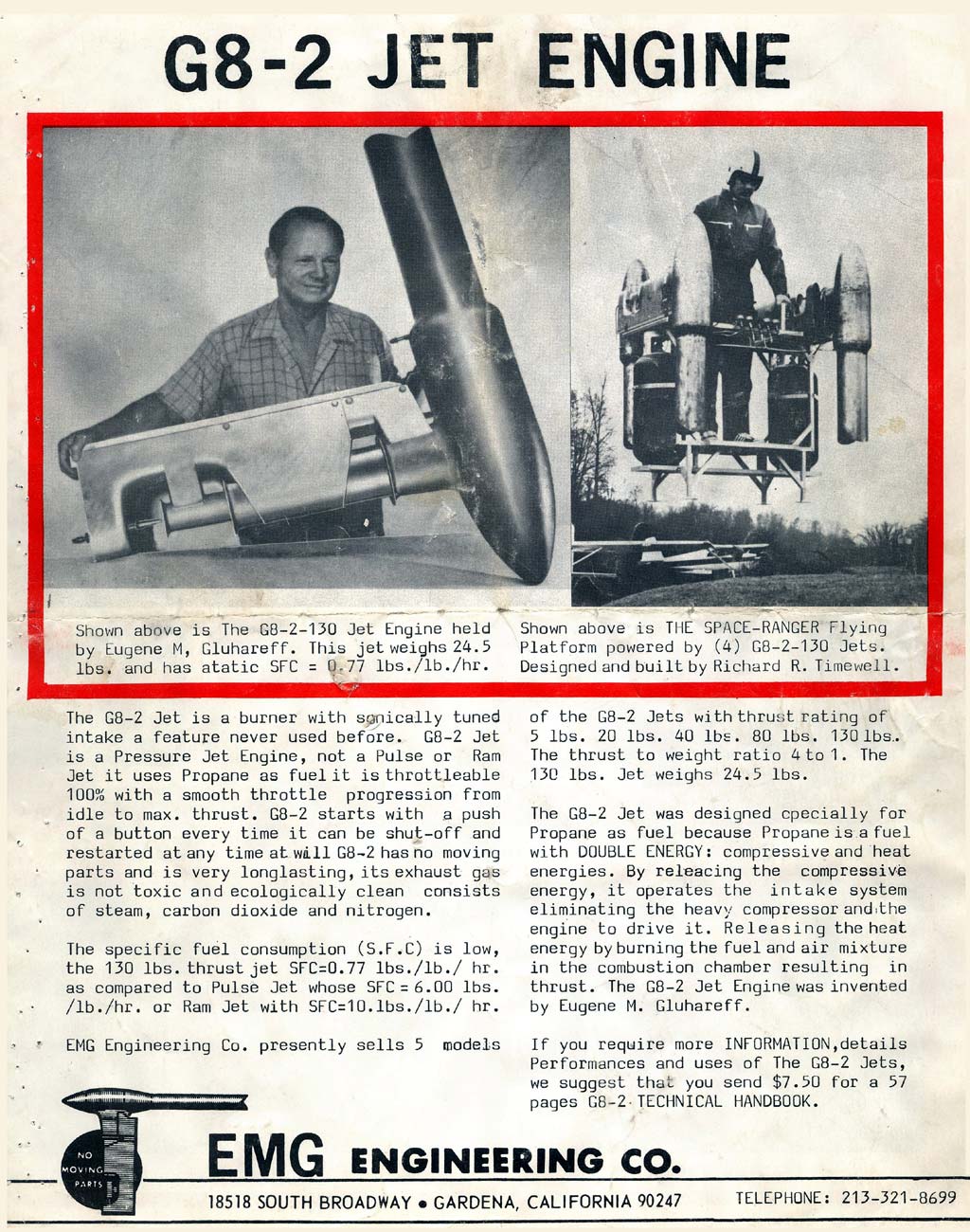 2. Further investigation that the first image above is an ad out of a Mechanics Illustrated Magazine, so yes, the thing was indeed for sale. It was delivered to your US residence for only 5,795 bucks (and I guess there was no need for drones to do the delivery).

3. As to whether people who bought it survived? Check out the picture below and try to decide for yourself. 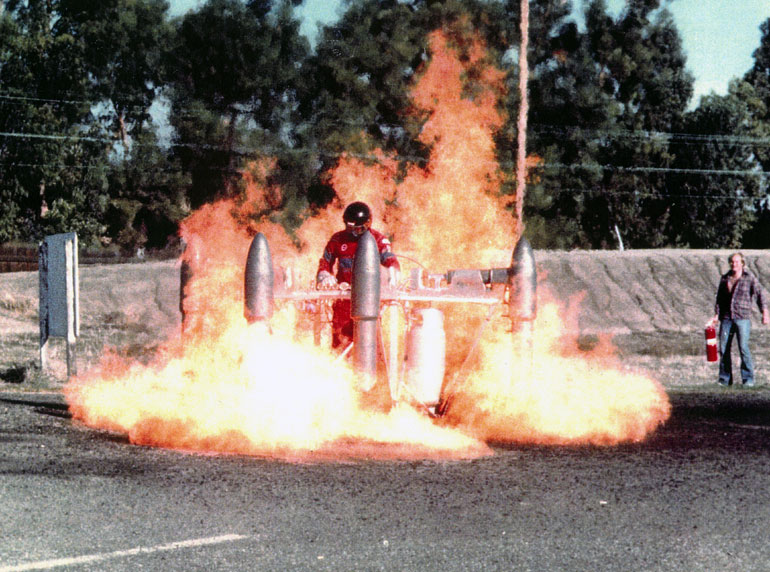