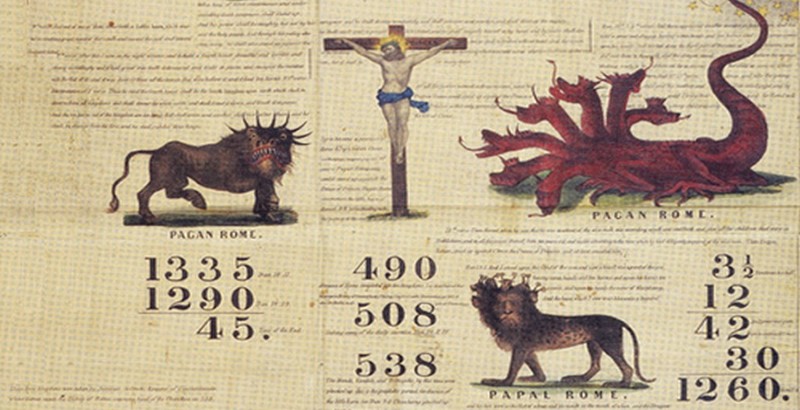 Could this be the first example of the “modern day infographic”?  We don’t know, but this 19th century piece is certainly one of the prototypical infographics and a strong progenitor of such a concept, abundantly explored in the last few years. It is showcased in the magnificent book The Cartographies of Time, published by Princeton Architectural Press in 2010.

Printed by Joshua Himes in 1842, A Chronological Chart of the Visions of Daniel and John, integrates the visual logic of the timeline, chronological calculus and apocalyptic symbolism in a single scheme. The final date in the left-hand column, 1843, indicates the coming of the end of the world. As BibliOdyssey explains in a post: “This infographic is based on the religious revivalist predictions of the New England minister, William Miller. From the 1830s, Miller’s followers produced stirring books, pamphlets, broadsides and innovative graphics to spread the word of the coming apocalypse, often displayed and distributed at popular camp meetings.” 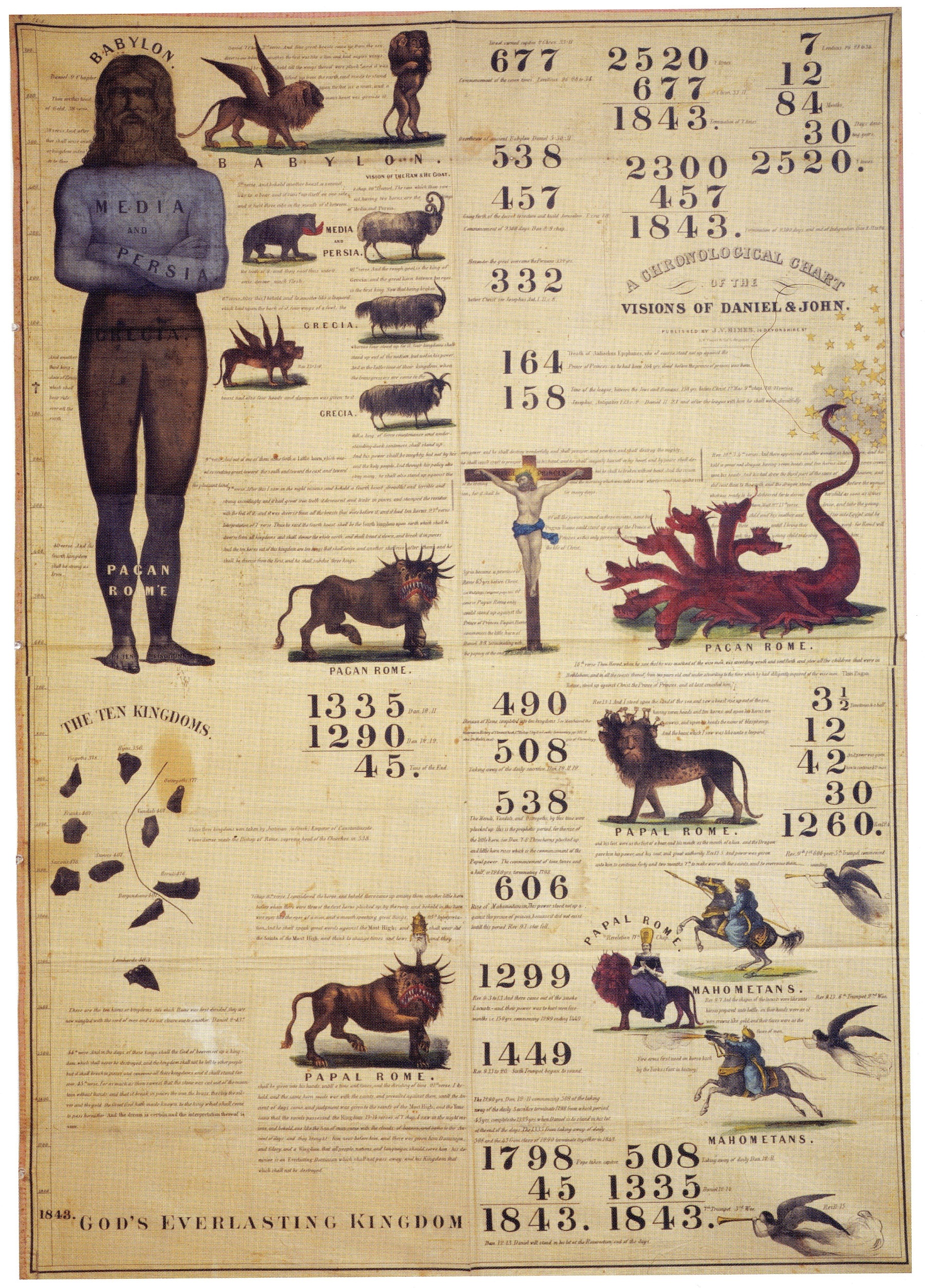