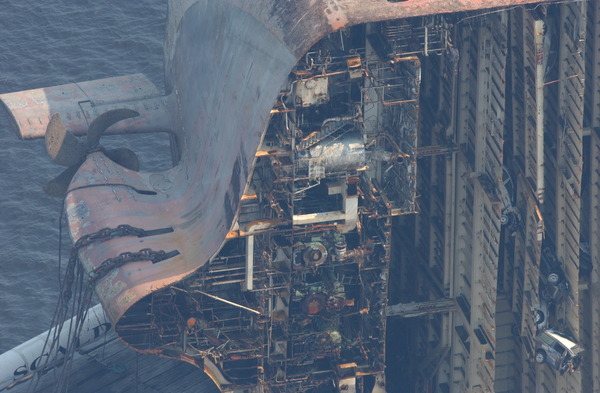 Apparently, the pieces of this story about a huge ship taken apart into pieces were put together collectively by Reddit users, so thanks Redditors.

The MV Tricolor, a Norwegian ship carrying 3,000 automobiles, is notable for having been involved in three English Channel collisions within a fortnight. It sunk in the English Channel on 14 December 2002, and in the following days two other ships struck the wreck. The ship was so heavy that the salvage team had to cut it into nine pieces with a diamond-encrusted wire in order to be able to lift the parts out. They look real techno, don’t they? 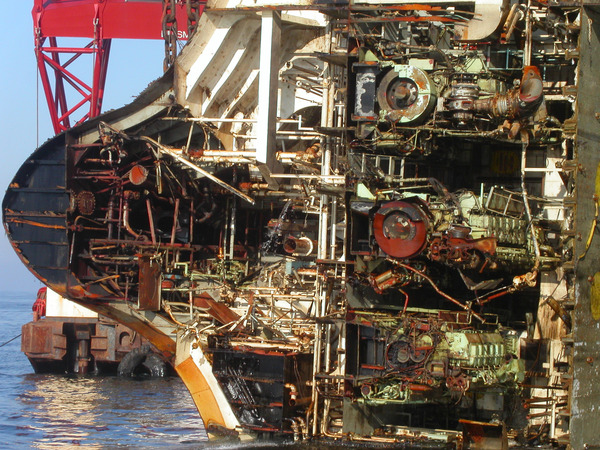 If you want to learn more about how to pull huge enormous boats out of the sea, check this out: