I knew that men look at women’s chests first, but never thought it holds vice versa too. It actually does,  at least according to this experiment that looked at where women looked as they looked at this man. Look, I know it’s a lot of looks, but apparently the way a man’s body catches a woman’s gaze is indeed measurable. 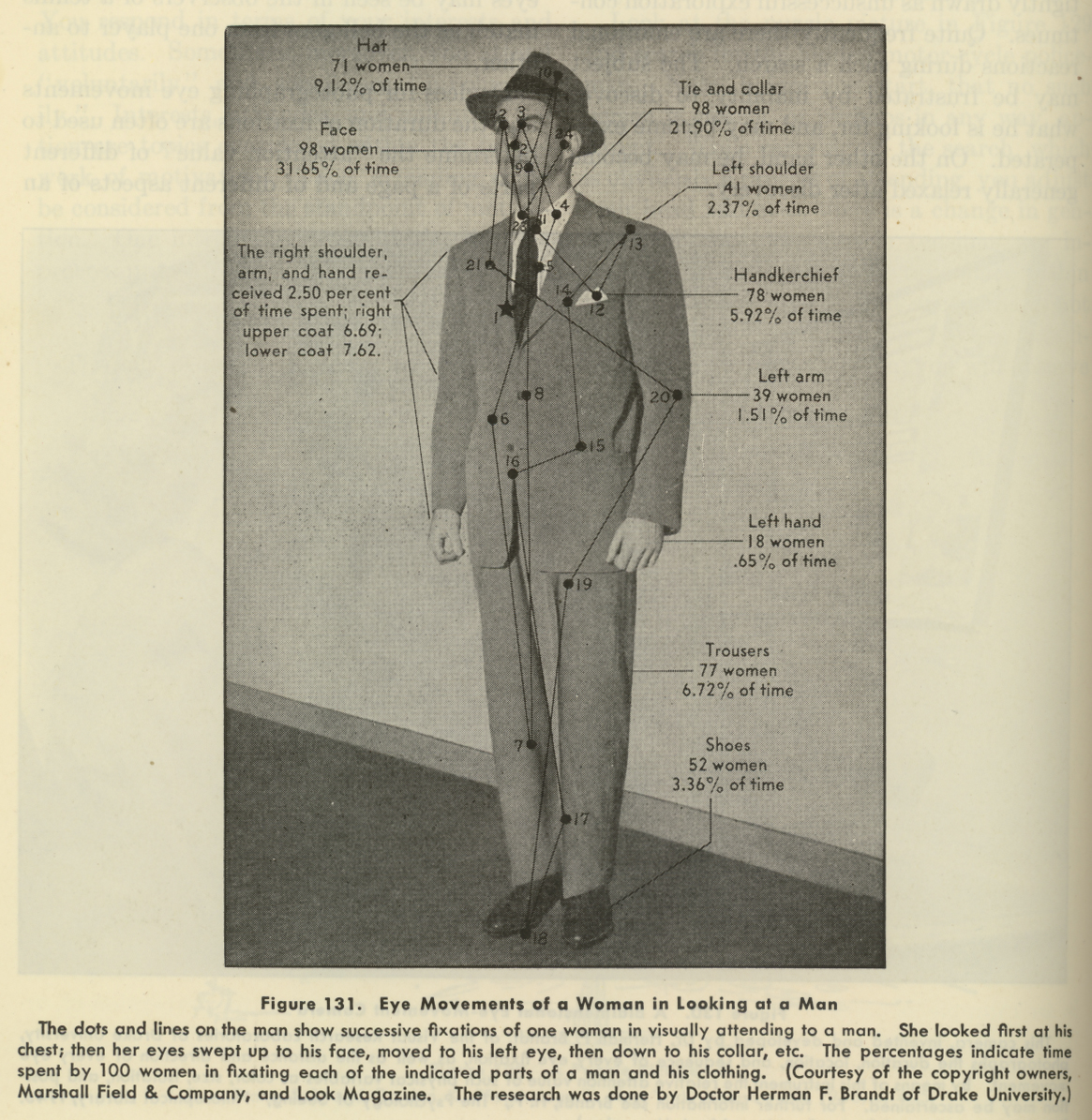 The image was produced by researcher Herman F. Brandt (Drake University, Iowa) who conducted an experiment whereby he tracked women’s eye movements as they looked at the man above. Brandt had a long career investigating ocular fixation, and might have developed a camera that tracks the reflection of beams of light on the corneas of his subjects, recording eye movement in horizontal and vertical planes. His research was of interest to a wide variety of people, from neurologists to fashion designers.