How to Survive a Bear Attack 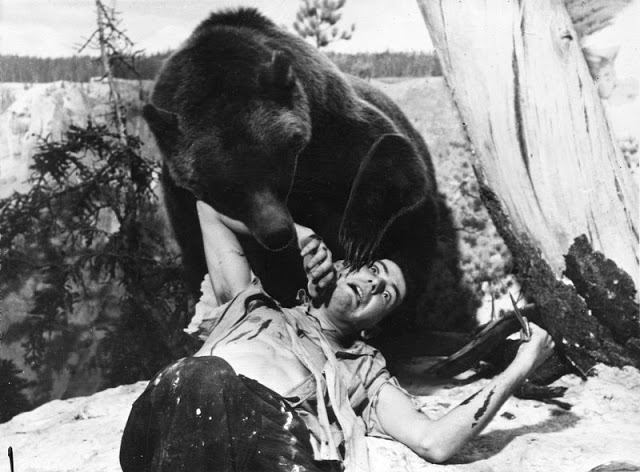 As we live by a mountain range, I have been thinking about this ever since that poor guy was attacked in New Jersey. There is a bear sanctuary near here, and the moves I’ve seen from the guy who founded it – and basically lived with his bears there – seem to confirm this. When he was face to face with them he used to lift his arms high, above their head, and managed to keep them under control that way. It wouldn’t work with grizzlies though, as the image from Art of Manliness also suggests (click to enlarge). 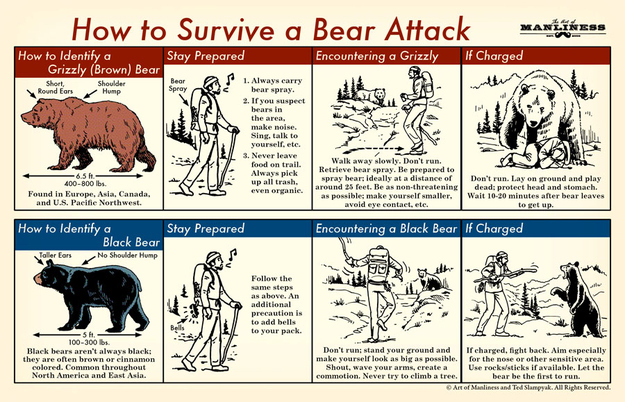 And here is another useful infographic on the same topic. The bottom line is: never run from a bear!