How Much Bird Poop Does It Take to Damage a Smart Car?

The lethality of bird crap appears to grow with size – both of the bird and the poop. You definitely don’t want to have 4,500,000 pigeon craps on your smart car – it just wouldn’t be smart, would it? And 360,000 turkey craps or 45,000 emu craps would yield the same result, so what to do? 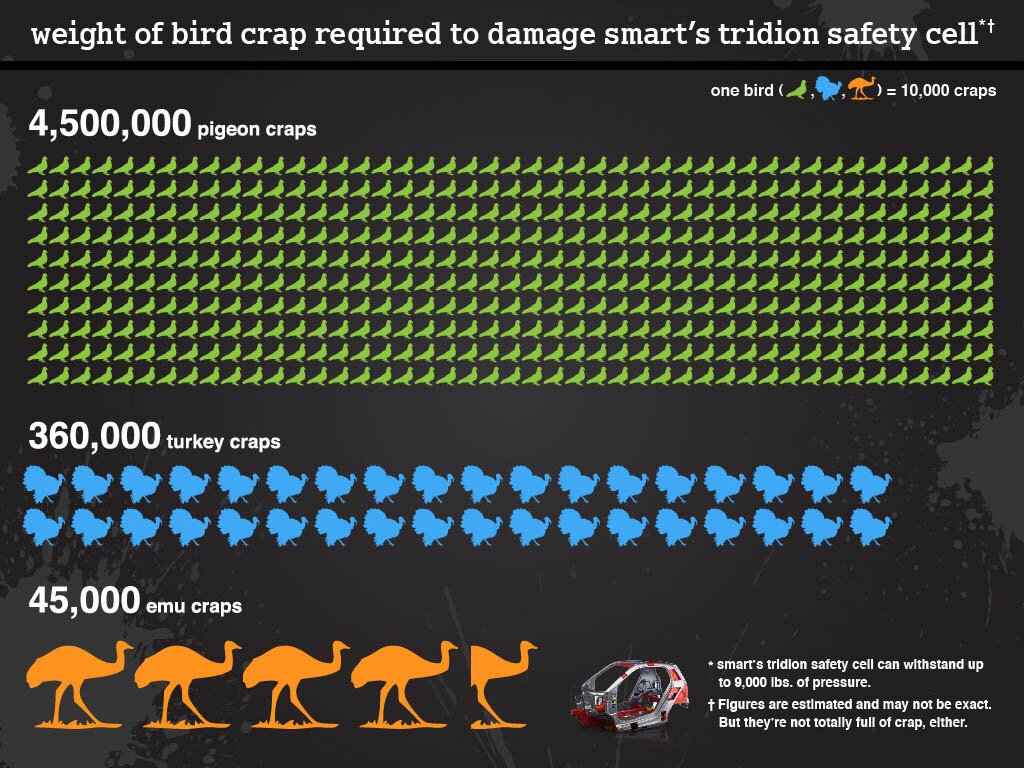 Well, here’s how this crap came about:
Clayton Hove, the creative director of ad agency KK Bold, commonly peppers his Twitter account with witty one liners. On June 17, he sent this:

Saw a bird had crapped on a Smart Car.

SmartCar USA saw the tweet and took it to a new level:

Couldn’t have been one bird, @adtothebone. Sounds more like 4.5 million. (Seriously, we did the math.) pic.twitter.com/aLYScFR3