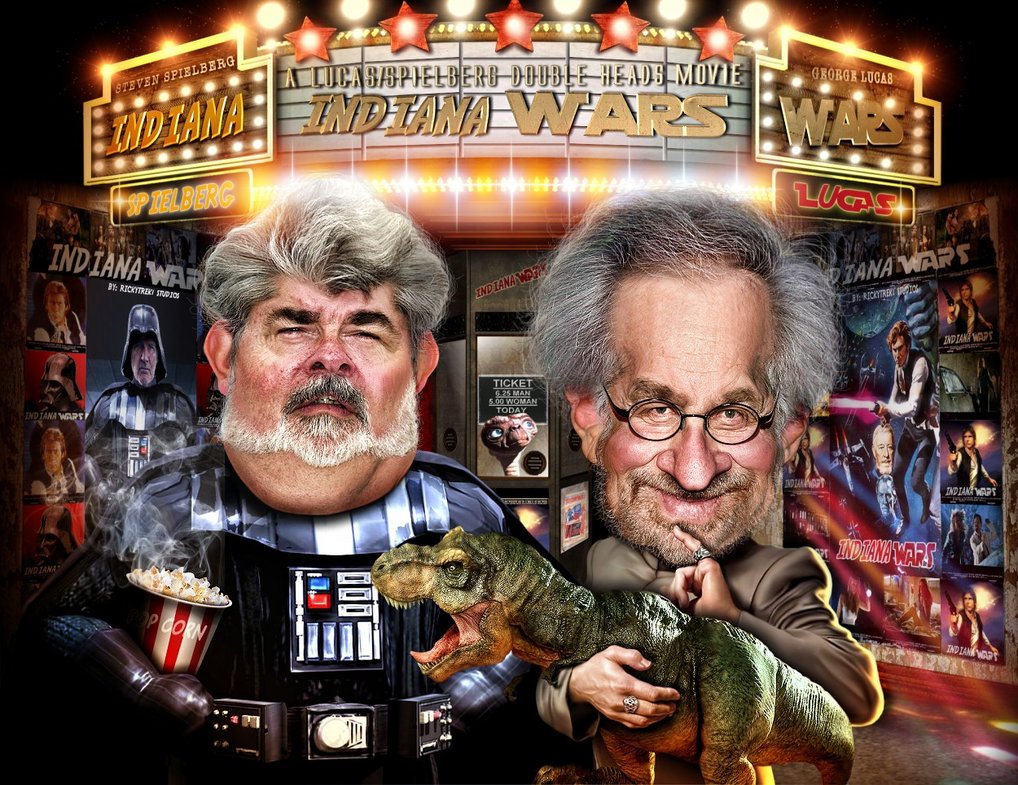 Did you know that Steven Spielberg and George Lucas used to take out newspaper / magazine adverts when one director’s film became the bigger hit? The game is started by Spielberg in 1977, when Star Wars moves ahead of Jaws in domestic film rentals. He bought a full page ad in the December 2nd issue of Variety, which has become a collectors’ favourite since: 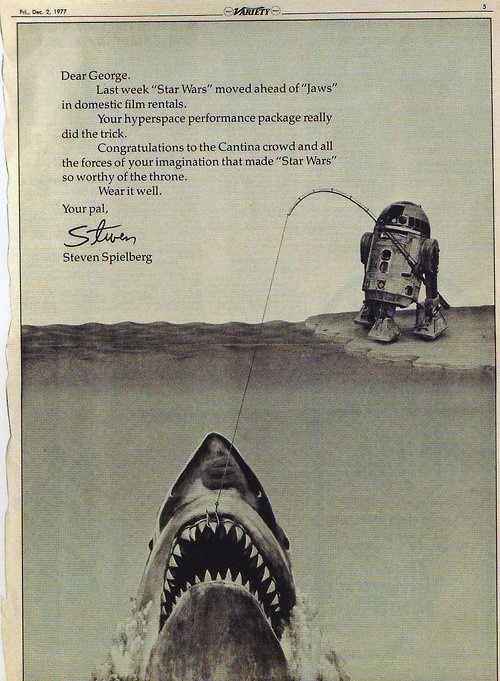 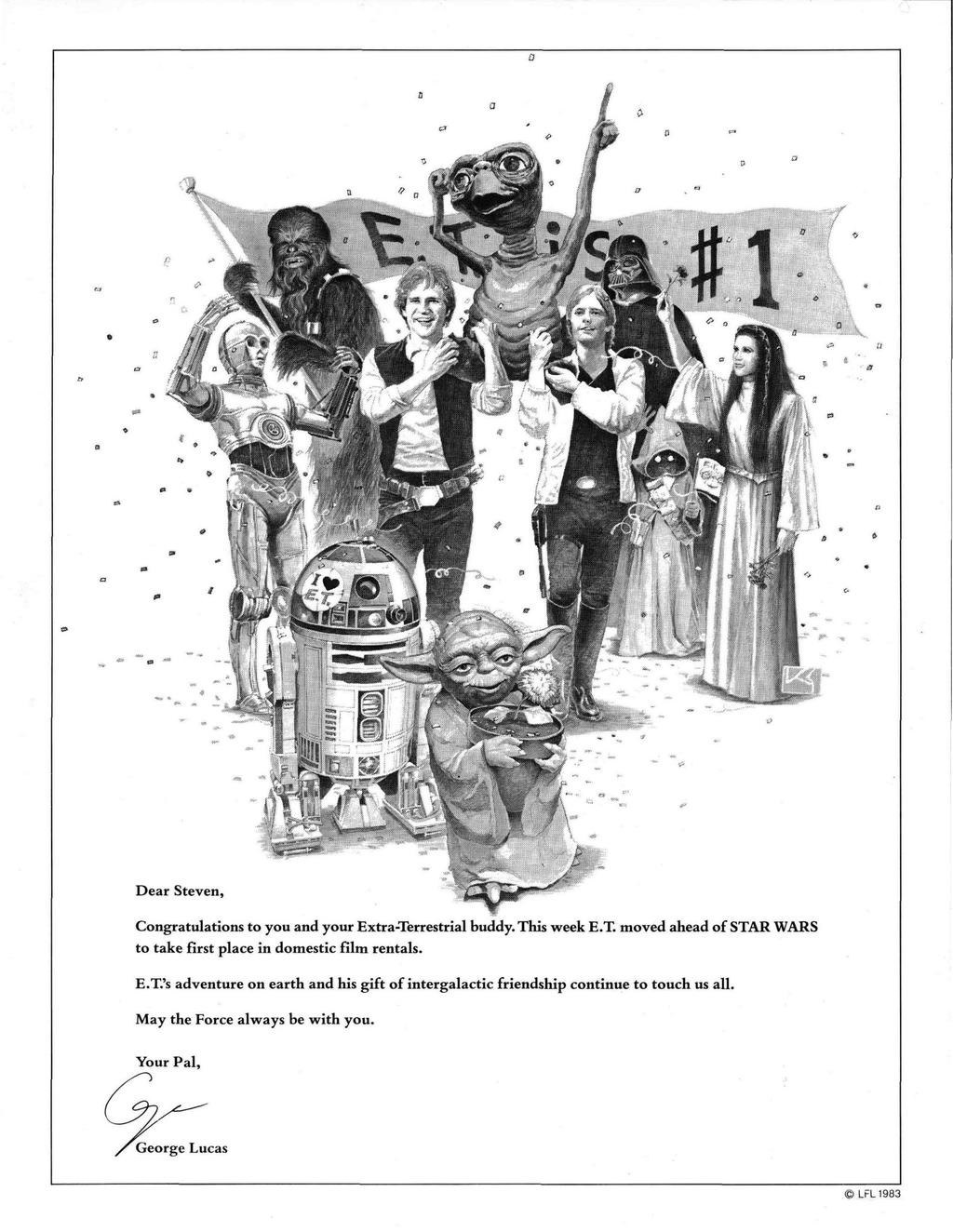 In 1997 the Special Edition of the classic Star Wars movies came out and E.T. had to give the crown back: 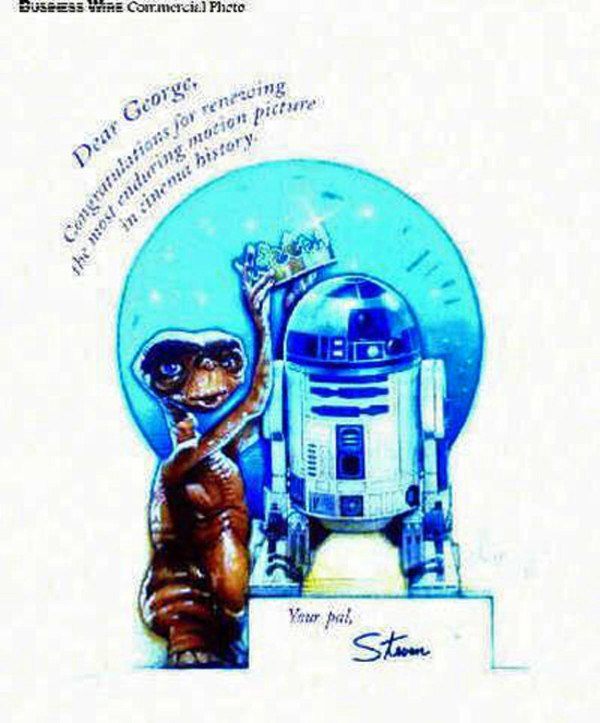 Finally, in 1998 Lucas brought James Cameron in the game with this: 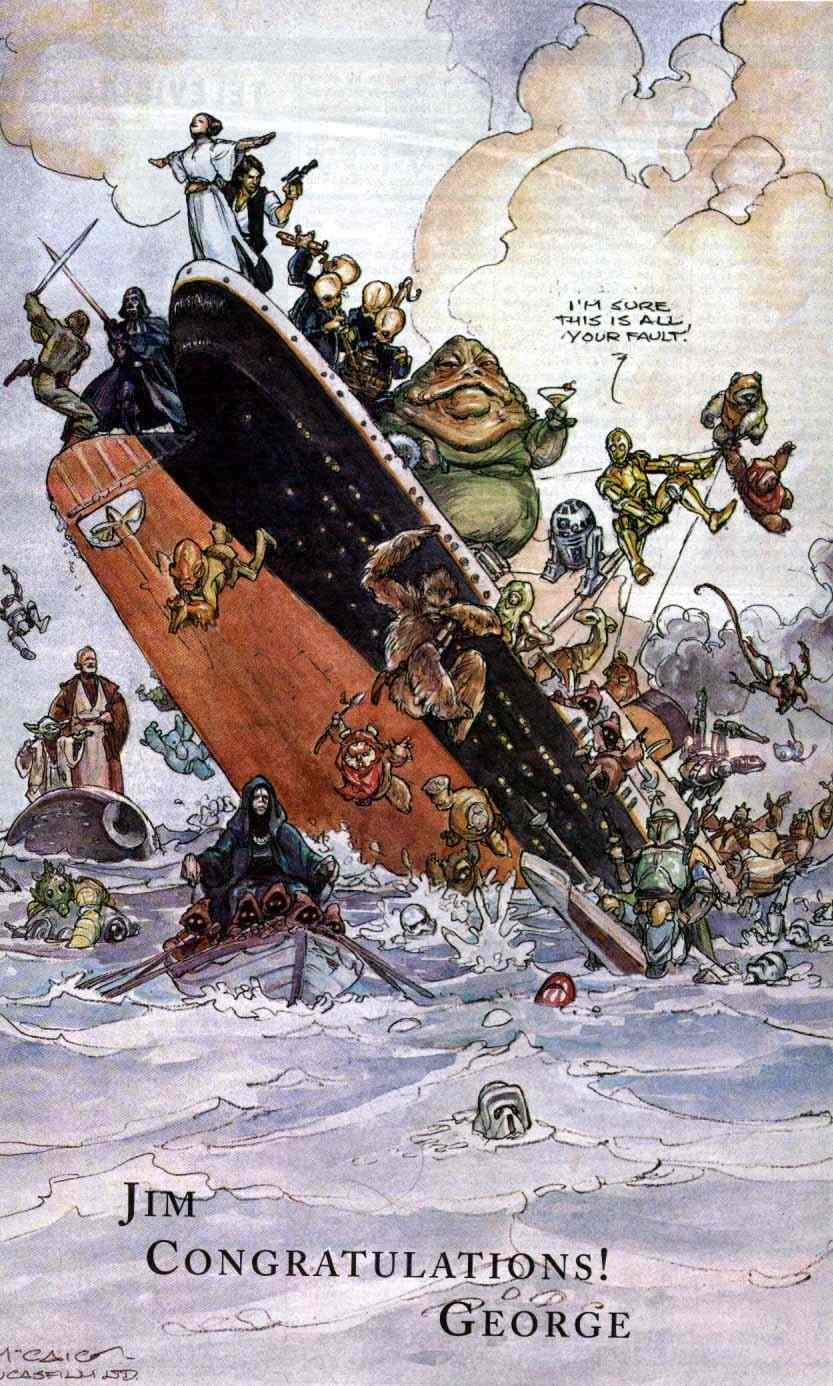 Some of the Best Images of Mars’ Surface Taken So Far