In Glasgow, Scotland there is an equestrian statue of the Duke of Wellington. Capping the statue with a traffic cone has become a traditional practice in the city, which clearly demonstrates that the local population has a sense of humor. Read the full story of the Rebels vs the Empire below, it’s pretty funny. 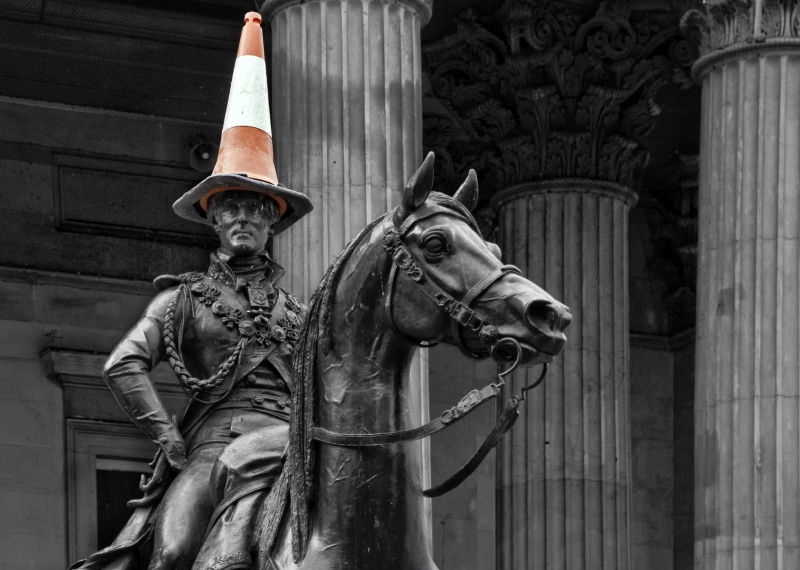 Starting in the 1980’s drunken revelers would climb onto the statute and place a traffic cone onto the Duke’s head. The city council would remove it, but the next day a different cone would be in its place.

In a bid to reduce the cost of removing traffic cones from the statue, alleged to be £10,000 a year, Glasgow City Council put forward plans in November 2013 to double the height of its plinth as part of a £65,000 restoration project. The plans were withdrawn after widespread public opposition. What’s more, after 30 years of trying to stop people from putting traffic cones on the statute, in 2013 the city council conceded defeat and announced that it has become an iconic feature of the city and they would no longer remove the cones.

A councilman said “I think we have to accept that he will always have a traffic cone on his head.”

In 2015, however, the city tested hi-tech CCTV software worth £1.2m to see whether it could automatically detect people putting cones on the statue, which it could. Will the Empire strike back? 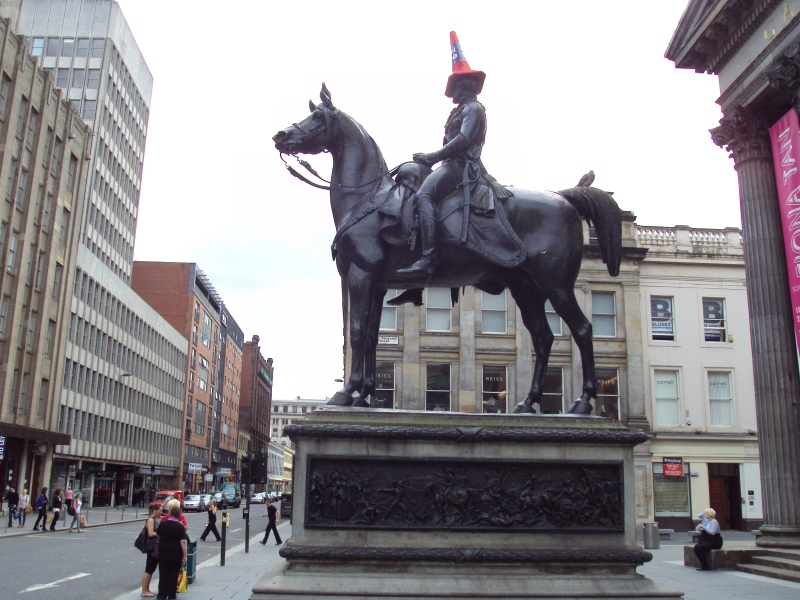 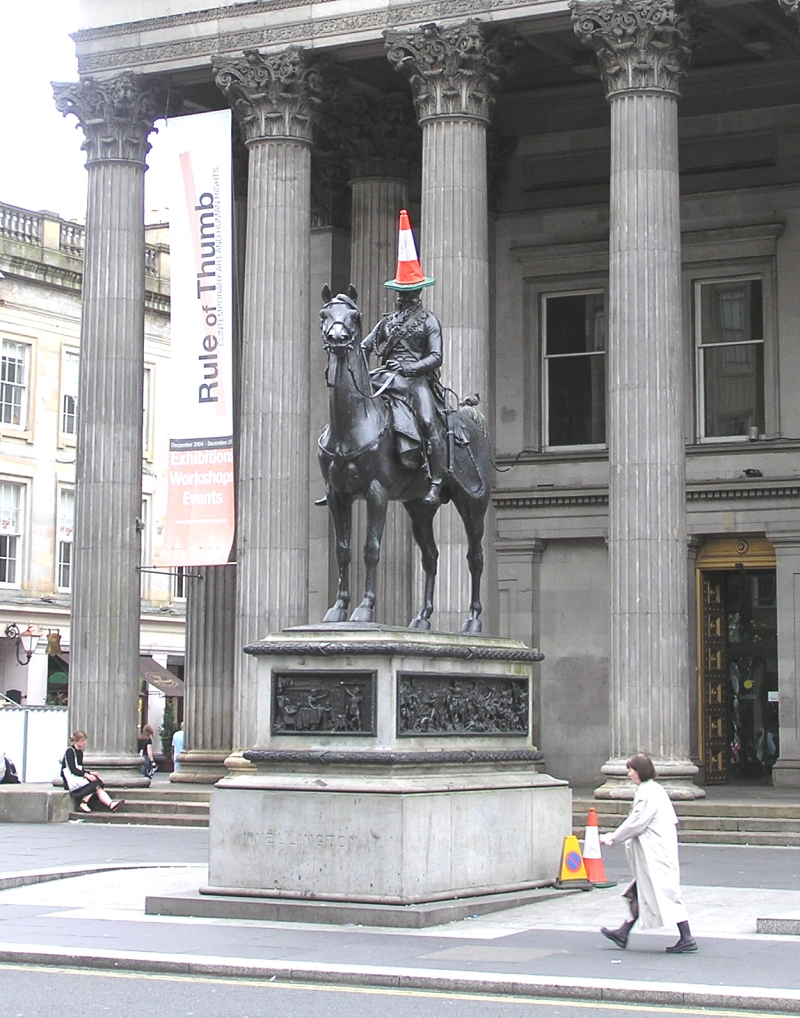