Yes, the Middle East is on fire, but it’s also on sand. And since it’s on sand, sand storms come in their due time – or when there’s war… 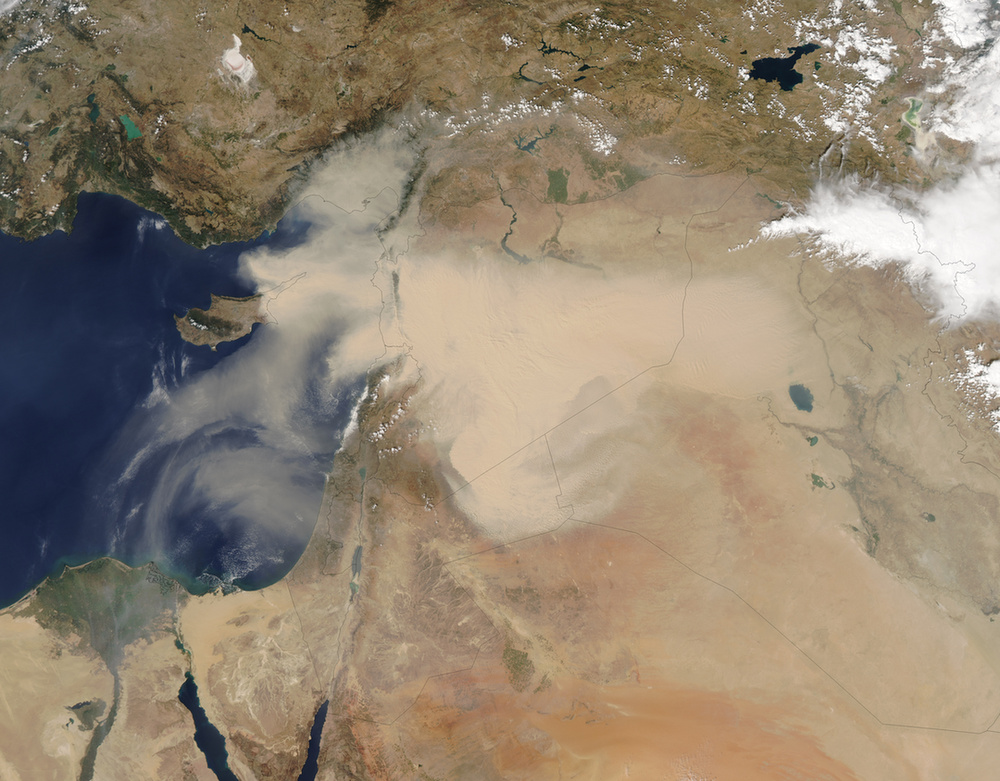 In early September, a huge, unprecedented dust storm swept over the Middle East, and a group of researchers in Israel have reason to believe it may have been caused by the ongoing war in Syria.

The storm covered a large territory, including Israel, Jordan, Egypt, Iraq, Syria, Lebanon, and Cyprus. There have been storms of that covered as much territory before, but in this part of the world they mostly originate in the Sahara. The September dust storm originated on the Syrian-Iraqi border. Lastly, dust storms in the Middle East usually happen in March and April, so the timing is also unusual, and

“Its movement was really at the center of Syria, where the fighting was last summer. The top layers of the surface in desert areas are covered by crusts, and that’s why they’re not carried away with the wind,” said Karnieli, the head of the Remote Sensing Laboratory in Israel.