Apparently, this whole story started with a gallery of NYE photos published by the Manchester Evening News which really had it all, from public displays of affection, through vomiting, to fighting and arrests. But one photo by Joel Goodman stood out from the rest. 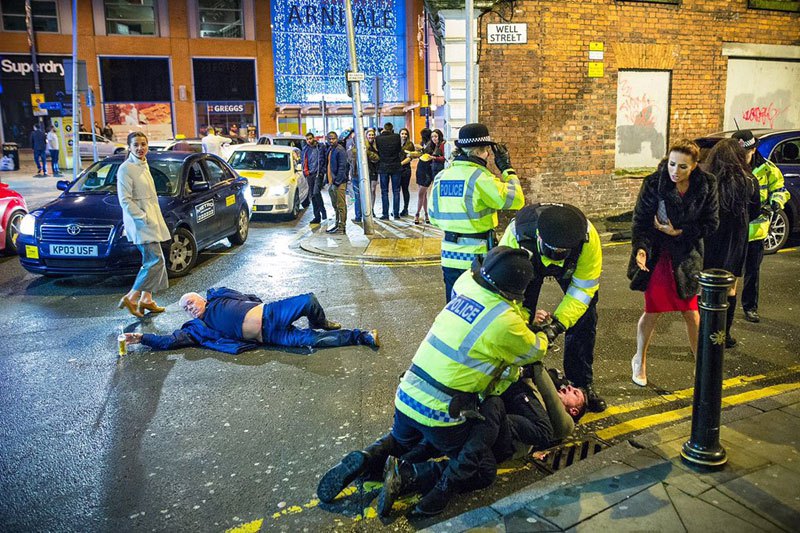 It’s been dubbed, ‘Creation of Manchester‘ in reference to Michelangelo’s famous painting, The Creation of Adam. The photo caught the attention of BBC News producer, Roland Hughes, who was captivated by the image and tweeted it out. From then on, the Internet did what it had to, which means cool memes: