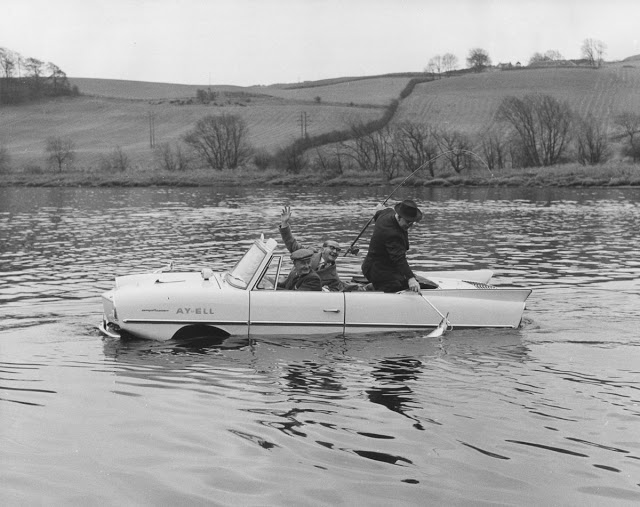 Designed by Hanns Trippel and built in Germany from 1961 to 1968 (and later imported into the United States between 1961 and 1967) amphicars were convertibles that had a top speed of 7mph on water and 70mph on land – so they were dubbed the “Model 770”. 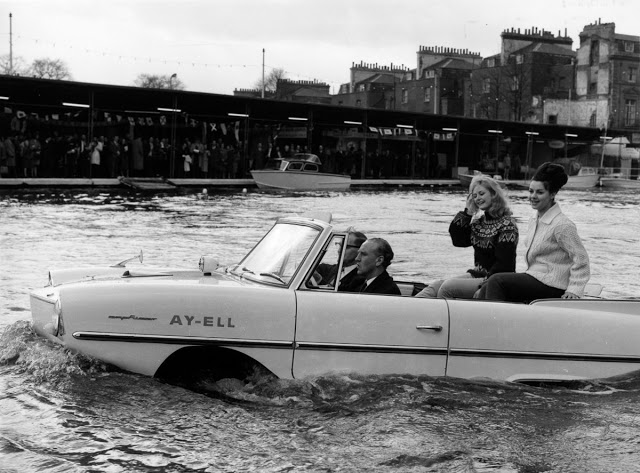 The Amphicar was moved in the water by its twin nylon propellers. A special two-part land-and-water transmission allowed the wheels and propellers to be operated either independently or simultaneously.

One Amphicar owner, John Hein, was quoted “It’s not a good car and it’s not a good boat, but it does just fine” largely because of modest performance in and out of water. Another added, “We like to think of it as the fastest car on the water and fastest boat on the road.”

New Amphicars were sold for between $2,800 and $3,300, depending on the year. Later model years actually sold for less. No 1968 model year Amphicars were directly imported into the USA. This was because of the U.S. Government’s EPA and DOT regulations that went into effect beginning with 1968 model year vehicles. This caused a major financial disaster for the Amphicar Corporation since the USA represented about 90% of all Amphicar sales. The Amphicar factory in Berlin, Germany closed for good in 1968. 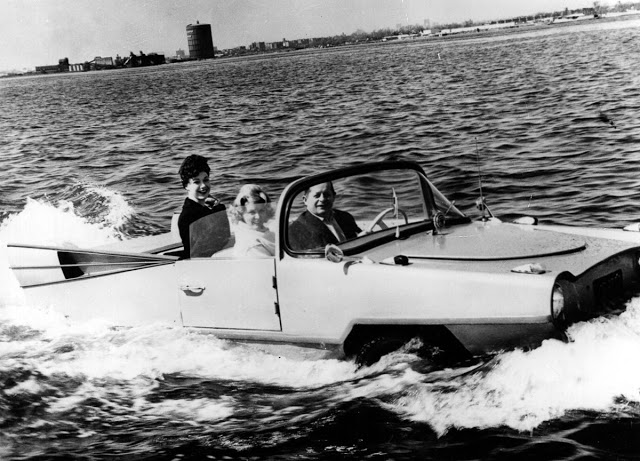 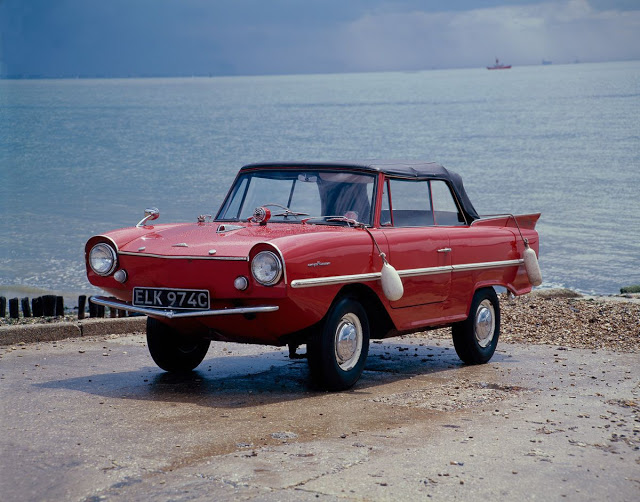 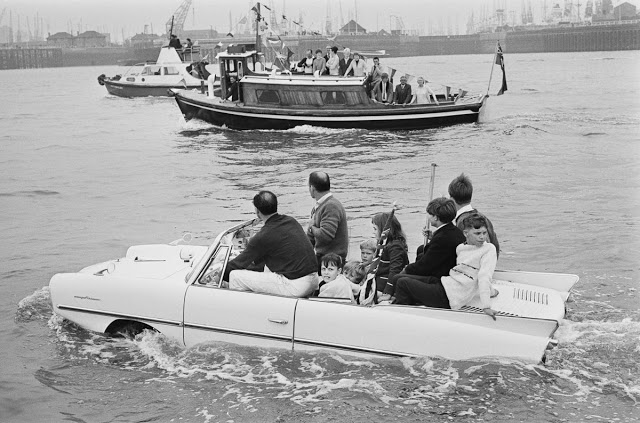 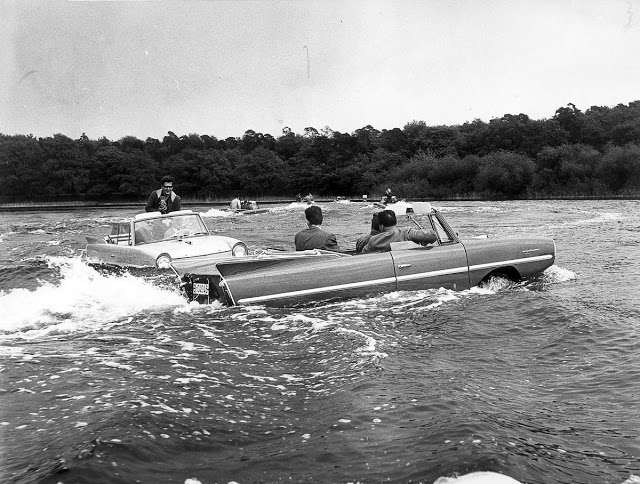 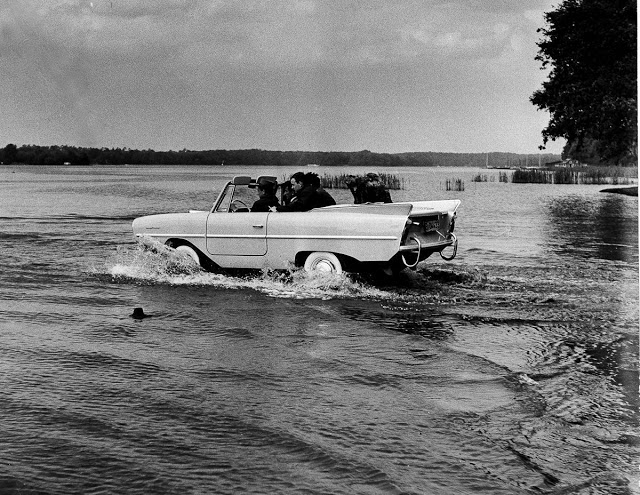 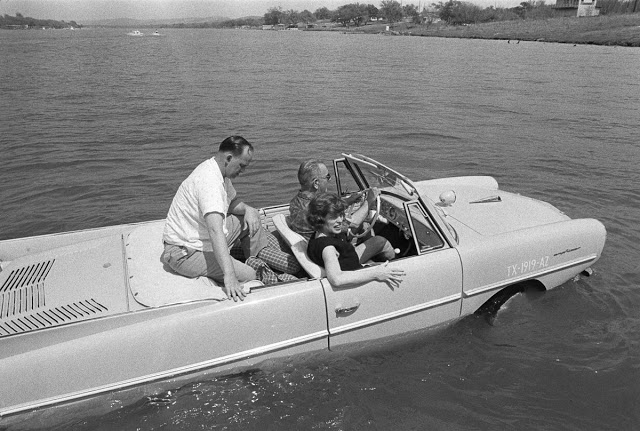 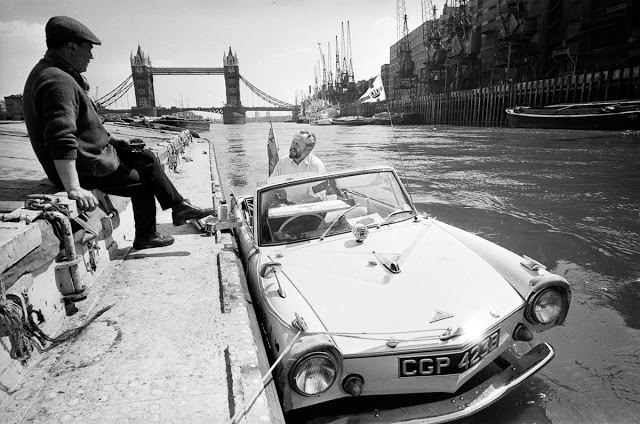 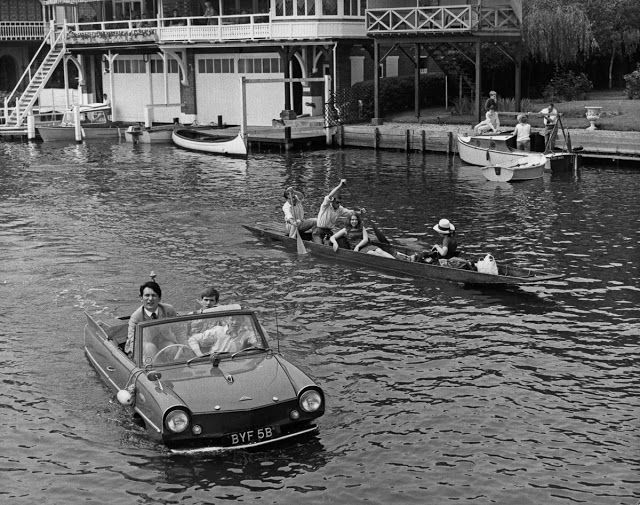 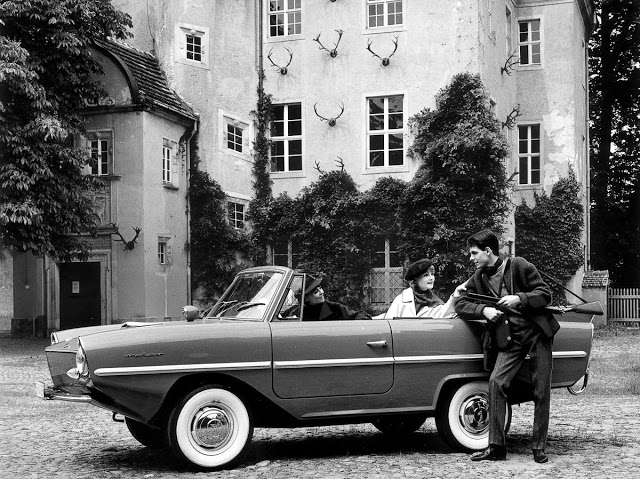