It’s creepy to even think how many people died because of this kind of magic throughout history, without having the faintest idea why. Even creepier is the fact that the deadliest mineral ever used by man is still being mined in some countries (Canada only stopped asbestos mining recently in 2011). Here’s how it was advertised for farmers, for example: 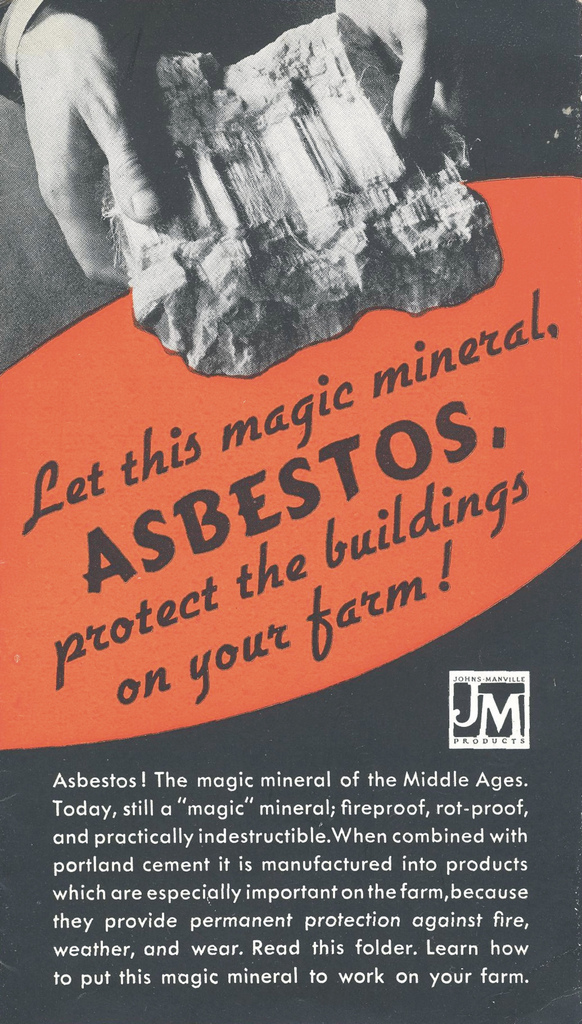 But what exactly is the problem with asbestos? Well, according to Wikipedia, prolonged inhalation of asbestos fibers can cause serious and fatal illnesses including lung cancer, mesothelioma, and asbestosis (a type of pneumoconiosis). Furthermore,

The severity of asbestos-related diseases, the material’s extremely widespread use in many areas of life, its continuing long-term use after harmful health effects were known or suspected, and the slow emergence of symptoms decades after exposure ceased, made asbestos litigation the longest, most expensive mass tort in U.S. history and a much lesser legal issue in most other countries involved.