An Island is Born Below Boaters 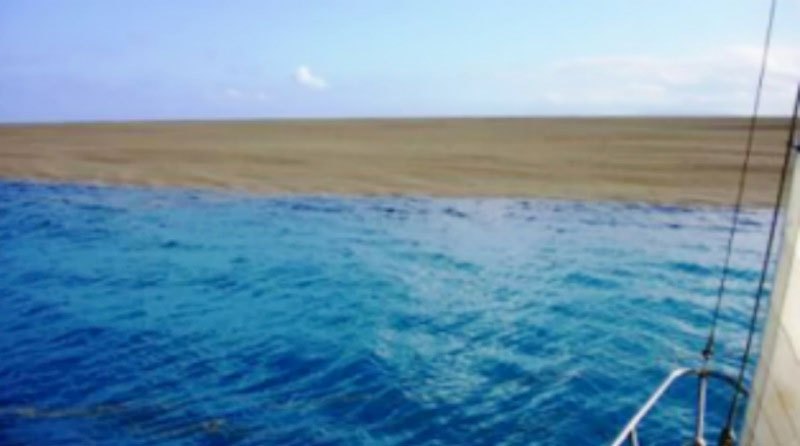 On August 12, 2006, Captain Fredrik Fransson and the crew aboard the Maiken were sailing in the South Pacific Ocean when they came across a truly bizarre sight—at first glance it appeared to be a sandbar in the middle of the ocean…

(This is the account of a once-in-a-lifetime experience along with photos and an update from Discover Magazine. You can find the original blog posts and photos here and here. The recount below was originally published on Reddit / Imgur. All photographs by Fredrik and Crew on Maiken)

One year after the unbelievable event, Discover Magazine reported in an update that the island had disappeared, lasting for roughly four months before being swallowed by the ocean. Before that, the island had grown to 240-ft in height and was still venting sulfur gases in December 2006. But when volcanologist Scott Bryan of London’s Kingston University went to investigate the island in February of 2007, he found the island – originally over a tenth of a mile square – had almost completely vanished.

You can read more at Discover Magazine.