Abandoned Shopping Mall In Bangkok Turns Into a Fish Tank 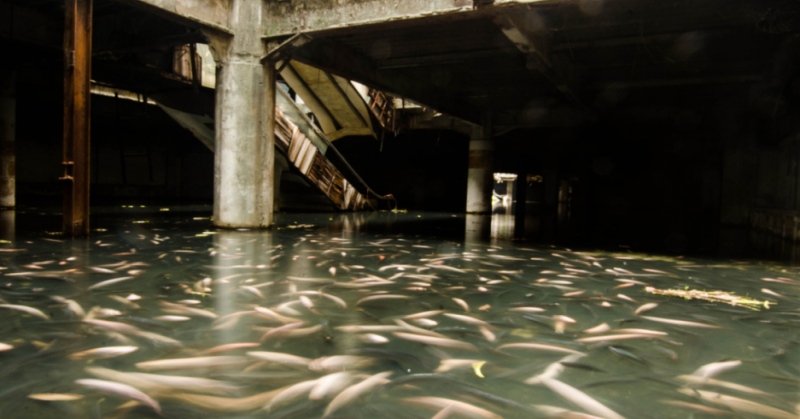 The New World shopping mall in Bangkok has been abandoned – at least by humans. Today it’s inhabited by an “absolutely staggering amount of fish,” according to travel writer Jesse Rockwell.

The mall was closed in 1997, and a fire in 1999 left it without a roof. During the rainy season, the mall quickly got flooded with water, creating a perfect environment for a mosquito outbreak in the area. To get rid of the mosquitoes, the locals came up with the idea of breeding freshwater Catfish and Koi fish in the mall’s water so they would eat the insects.

Rockwell went to the mall to take some photos and found this post-apocalyptic environment of nature reclaiming its territory.

Rockwell is doing his part to preserve the site’s mystique and won’t disclose its exact location. 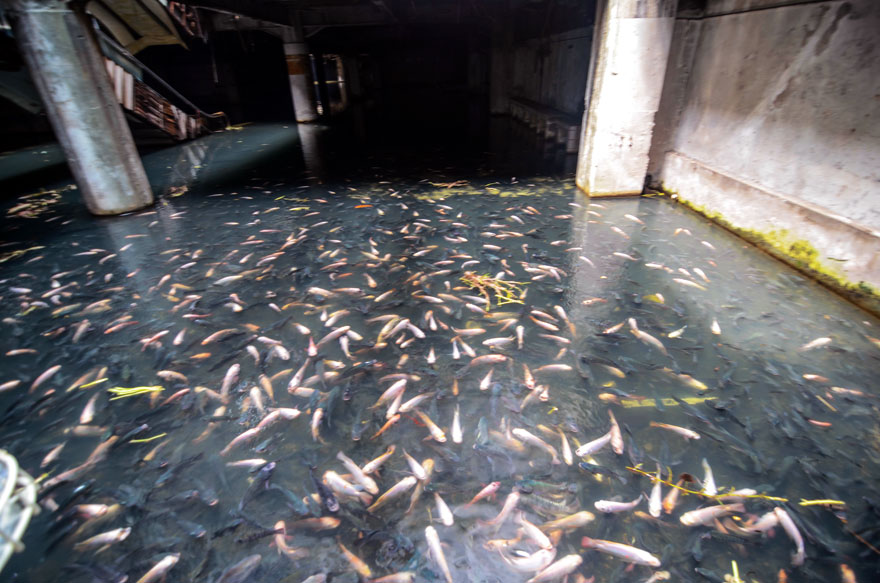 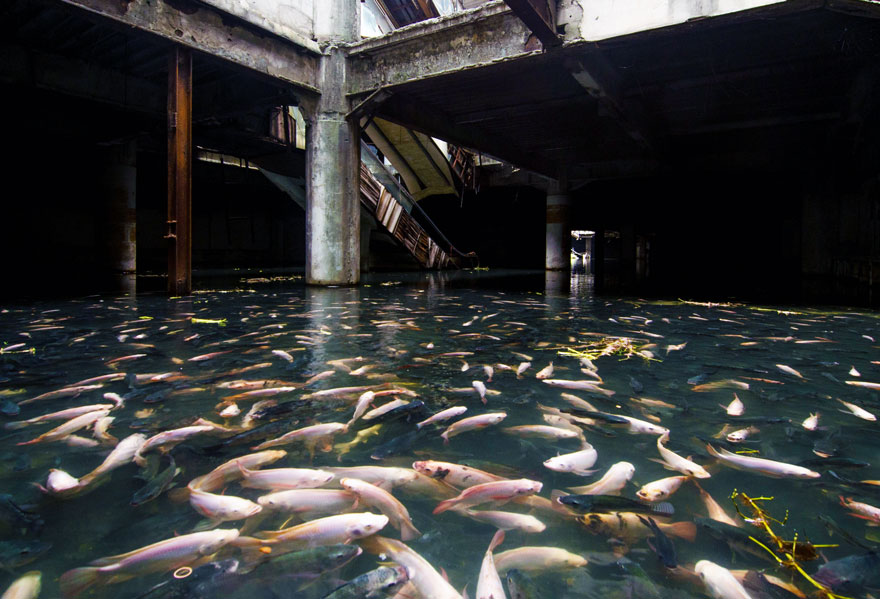 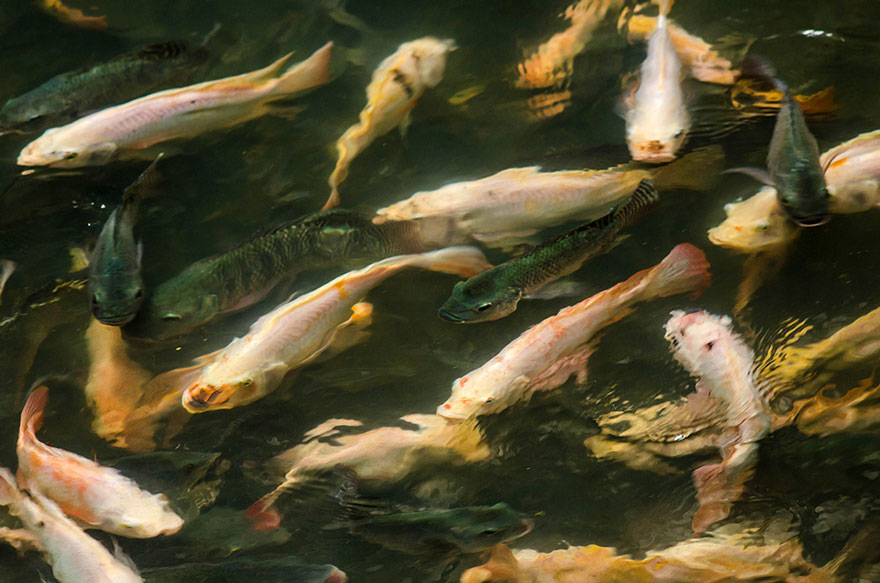 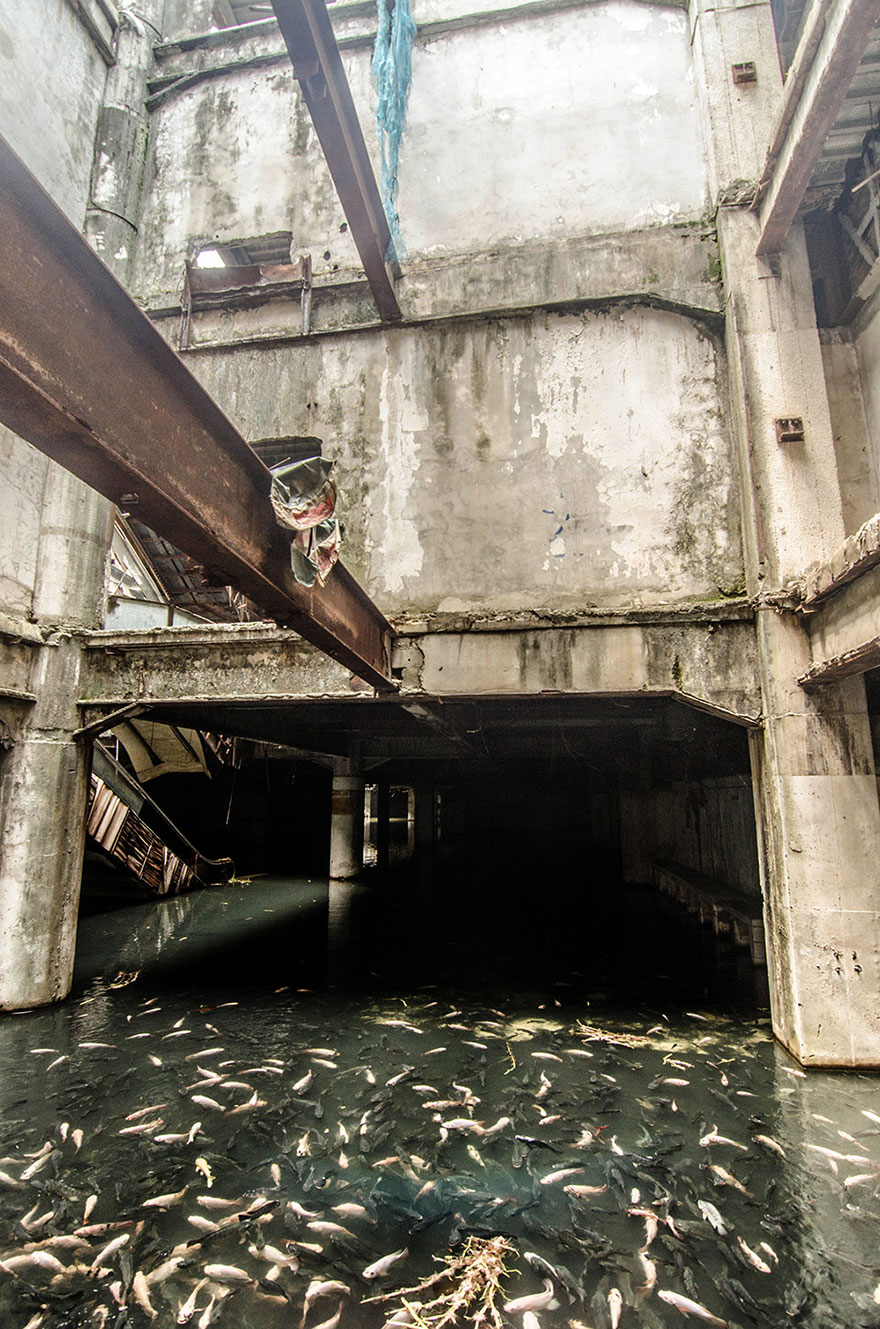