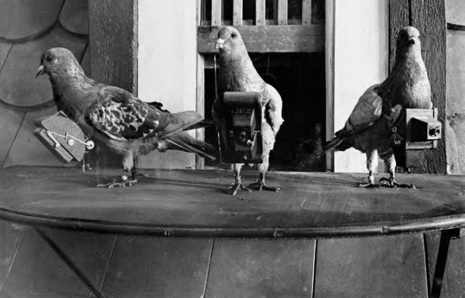 BTW this GoPro thing is not new at all (see earlier post with eagle). Here is a post from a Hungarian blog that says it was invented by a German pharmacist called Julius Gustav Neubronner as early as 1852. He strapped his cameras on pigeons and won a lot of awards – but never a penny out of it. Those pigeons were even deployed in WW2 and 34 of them were even rewarded for their courage!

How We Started Using the Internet

The Funniest Use of the GoPro Camera Ever